Morgan Stanley has dropped its first global brand campaign since 2019, an effort that highlights both the heritage and modern approach of the 87 year-old brand. 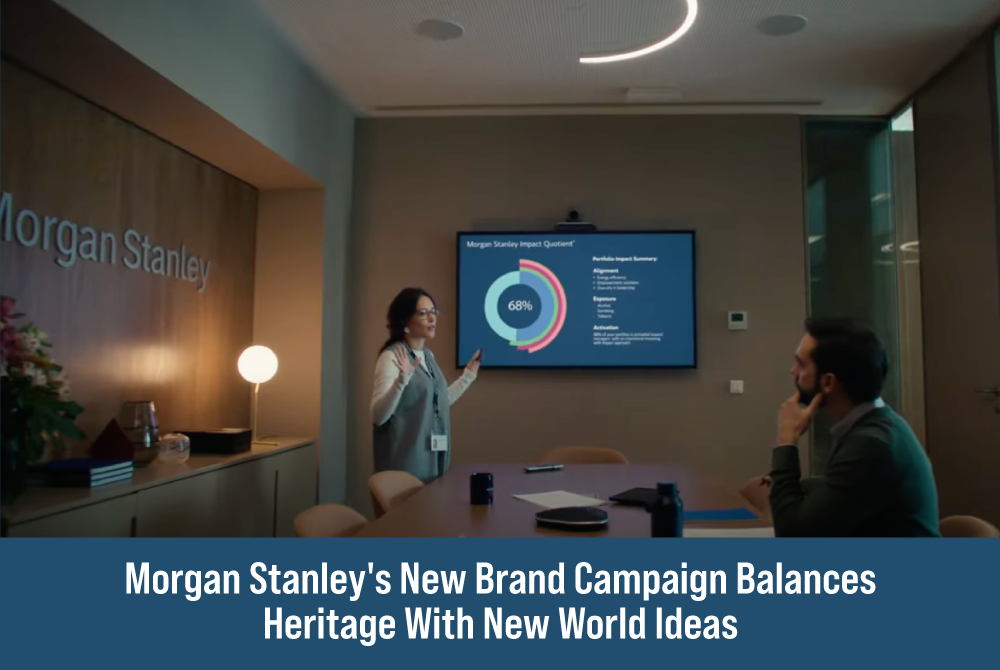 Morgan Stanley has dropped its first global brand campaign since 2019, an effort that highlights both the heritage and modern approach of the 87 year-old brand.

Narrated by actress/producer Janelle Monáe, the “Old School Grit. New World Ideas” campaign positions the company as a contradiction – a heritage brand with a strong legacy that is also modern thinking and built for the future. “At 87 years old, we still see the world with the wonder of new eyes,” Monáe says in the spot.

“The campaign was born out of asking employees and clients: what really sets our brand apart,” says Alice Milligan, chief marketing officer at Morgan Stanley. “And the overwhelming response was a unique combination of qualities that we bring to our clients that can often seem contradictory: the old school grit of an experienced doer and the new world ideas of an innovator. We are proud of our legacy as an 87-year-old Firm but what really sets us apart is this wisdom coupled with a passion for what’s possible. Two sides of the same coin.”

“With recent strategic acquisitions such as E*TRADE, it’s an incredibly exciting time for Morgan Stanley,” explains Milligan. “We have an immensely strong brand to start with, but the addition of new products and platforms that serve everyone from self-directed investors to companies undergoing an IPO, has been a game changer. Now, we’re intently focused on integrating those brands and positioning the Firm as a “house of brands” for the future that leverages all of our resources as one team to drive greater impact and help our clients uncover new opportunities.”

Salsa directed the ads in conjunction with the brand’s new agency partner Lippincott.

The campaign was created to reach a range of consumers and includes an omnichannel approach. Spots will run on TV including buys on Good Morning America, CNN and Bloomberg, as well as in digital with buys on CNBC, Financial Times and Forbes. Print buys will run in The Washington Post, The Wall Street Journal and The New York Times. Audio spots will be featured on Pandora and Spotify. The campaign will also include out-of-home and social, as well as media partnerships with Condé Nast Traveler, People and Vogue.

“This campaign really underscores our commitment to delivering the full power of Morgan Stanley to a diverse set of audiences – including the next generation of investors – and further positioning the firm as offering an individualized approach for the unique needs of all,” adds Milligan. “Through a thoughtful selection of production partners, casting, VO talent and more, this fresh, modern campaign celebrates each and every one of us.”