April 7th is both National Beer Day and World Health Day. So, Molson Coors is taking the opportunity to celebrate both with the launch of its first organic beer, Coors Pure. 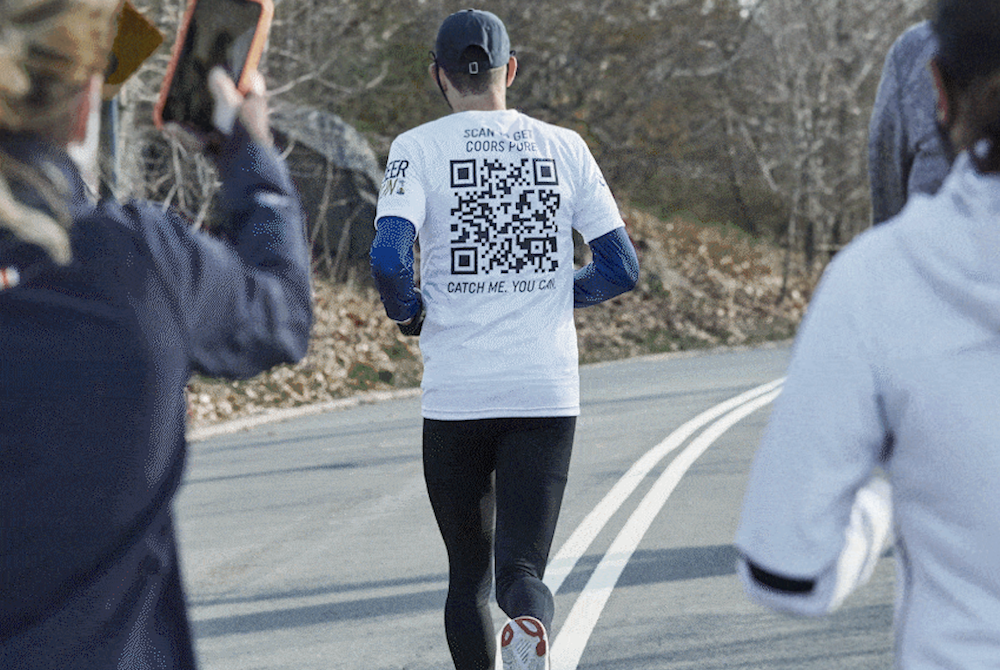 April 7th is both National Beer Day and World Health Day. So, Molson Coors is taking the opportunity to celebrate both with the launch of its first organic beer, Coors Pure.

To introduce the new brew, which is made with organic hops and organic barley, Molson Coors is offering free 12-packs to those who are willing to make a literal beer run. The brand has enlisted professional runners to run six different routes through Central Park in New York. The runners will be wearing giant QR codes (large enough to accommodate social distancing) on their shirts, which, when scanned, triggers a rebate for a free 12-pack of Coors Pure.

“There’s a strong consumer appetite for organic products across the board, and the beer category is no exception,” said Marcelo Pascoa, vice president of marketing at Molson Coors. “Of all the brands in Molson Coors’ portfolio, Coors was the ideal fit for an organic beer, with its refreshing taste, Rocky Mountain heritage and longstanding positive sentiment among consumers who live active lifestyles."

“So, for the launch of the new Coors Pure, we wanted to put a fun twist on the phrase and motivate people to fit in a workout and get free beer at the same time,” Pascoa said.

Consumers who live outside of New York City have the opportunity to participate by running a route that follows the shape of a beer can. Participants can use any run-tracking app to record the route, and then e-mail a screenshot to beerrun@coorspure.com to be rewarded with a prepaid gift card that can be used to purchase Coors Pure.

“There is no minimum distance required,” Pascoa said. “As long as your running route resembles a beer can, you can get Coors Pure on us.”