Molson Coors Heads Back to the Big Game

Move over, Metaverse Bar. Molson Coors is returning to the Super Bowl in the real world next year, the brand's first appearance at the big game since 1989. 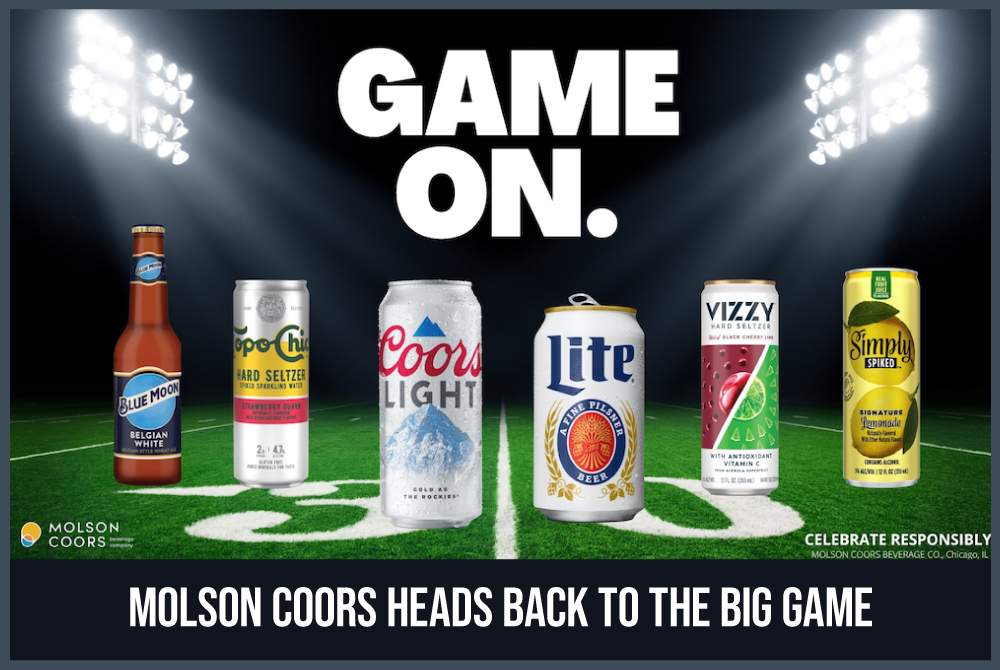 Move over, Metaverse Bar. Molson Coors is returning to the Super Bowl in the real world next year, the brand's first appearance at the big game since 1989.

The brand announced its plans earlier this month, noting that that opportunity is available because the Super Bowl’s beer-category exclusivity contract, most recently held by Anheuser InBev, will end in 2023 after more than 30 years.

“Since 1989, there’s only been one official beer advertiser during the Super Bowl, and honestly, that’s no fun,” said Molson Coors Chief Marketing Officer Michelle St. Jacques, in a statement. “After more than 30 years away, you can bet our brands are going to bring it this year. Game on.”

In a release, the company said having multiple beer advertisers during the game will lead to a “more entertaining experience for viewers.”

Perhaps, but it might dull some of the creativity Molson Coors has been known for as it has had to stage alternate events to take advantage of the marketing opportunity. Last year, the brand opened a bar in the Metaverse where people could watch the Super Bowl surrounded by Molson Coors branding. Other tactics have included enticing people to literally dream up a beer commercial and challenging consumers to manually type the world’s longest website URL.

According to CNBC, the brand will only air one spot during the game. With only one opportunity to resonate with consumers, St. Jacques told the outlet the brand would be looking to make the greatest impact with a commercial that is entertaining and memorable.