McDonald’s has kicked off a new global campaign around the FIFA World Cup, a massive global effort that will run in 75 markets around the world simultaneously. 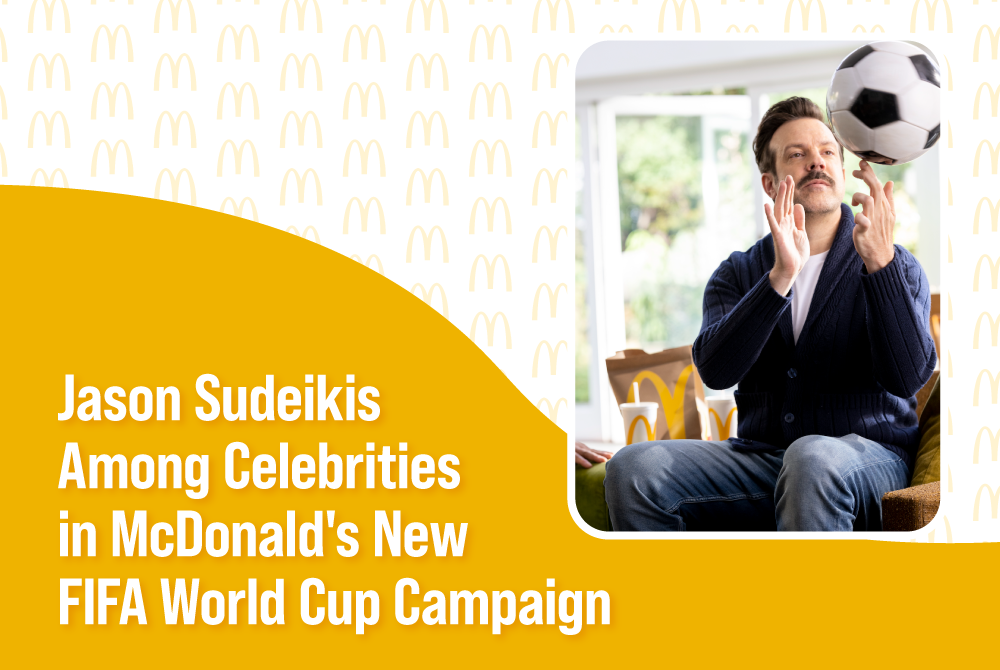 McDonald’s has kicked off a new global campaign around the FIFA World Cup, a massive global effort that will run in 75 markets around the world simultaneously.

The “Wanna go to McDonald’s?” effort positions McDonald’s as the place for everyone to go after the game, whether they are celebrating victories or mourning losses. The effort features a number of global celebrities from K-pop group ITZY and EA Sports FIFA Twitch streamer Edwin Castro to Jason Sudeikis, star of Ted Lasso, and TikTok creator Khaby Lame.

“McDonald’s strongly believes in the power of football to uplift and connect communities. Sponsoring the FIFA World Cup, as we have for more than 25 years, offers a unique opportunity to bring people together and celebrate beyond borders with communities worldwide,” said Jen Delvecchio, Senior Director of Global Campaigns and Alliances (Marketing) McDonald’s.

“For this campaign, we started with a Fan Truth: Whatever the culture or language — whether you call us Micky-D's, McDo, Macca’s, Mekdi, or Macdonal — and whatever the outcome — whether we’re there for victory or loss, joy or heartbreak — we can all unite beneath the Golden Arches.”

Notably, the global social-first campaign will be the first time that McDonald’s runs the same message in more than 75 markets around the world at the same time. “The power of this global approach is that it invites a world of McDonald’s football fans to rally together through a unifying activation, while allowing them to experience the tournament in ways unique to their local cultures,” explains Delevecchio.

“To create a unified and global campaign, we took inspiration from our fans around the world,” continues Delevecchio. “We listened to their unique cultural traditions, their passion for football, and to the way they celebrate those things. From there, we developed a globally informed and exciting narrative that captures the role McDonald’s plays in fans’ lives – through key cultural moments and conversations. No matter your home country or language, whether celebrating a win or commiserating a loss, there’s a universal truth that all fans can get behind: we all have McDonald’s in common.”

The effort is specifically aimed at Gen Z consumers and is running on social channels and digital streaming platforms globally.  “We built the ‘Wanna go to McDonald’s’ campaign with a focus on social media to meet Gen Z where they are,” explains Delvecchio. “We were inspired by the way our fans use social media in a way that transcends global borders.  Anchored by a short hero film that features globally beloved talent, this social-first campaign is supported by a fully integrated social, digital, streaming and content strategy.”