Nothing says Fourth of July like Nathan’s annual Hot Dog Eating Contest at Coney Island. The 2022 edition of the contest will also feature an NFT. 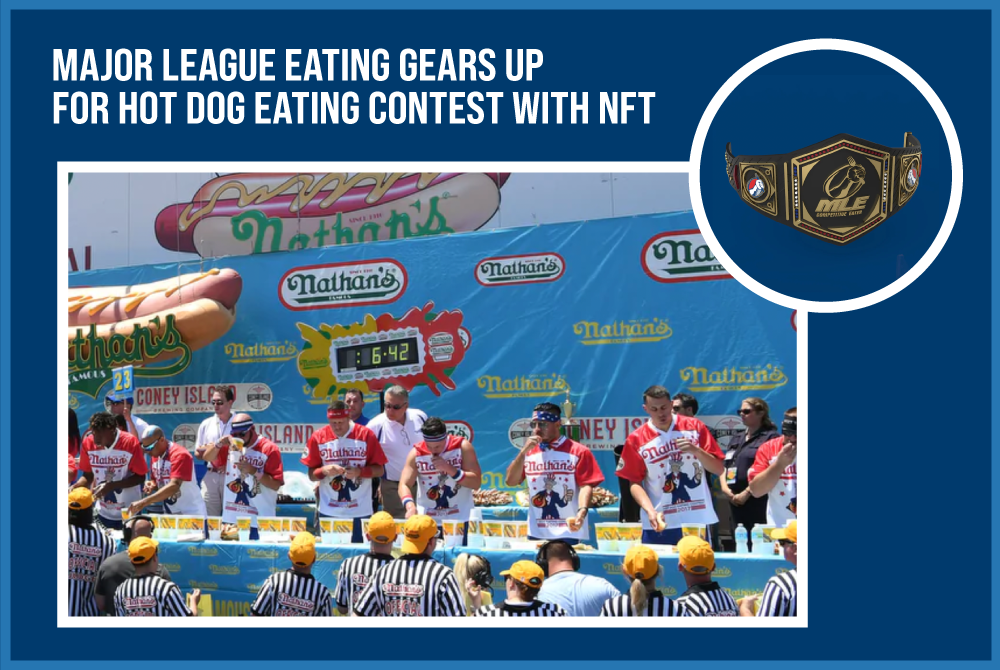 Nothing says Fourth of July like Nathan’s annual Hot Dog Eating Contest at Coney Island. The 2022 edition of the contest will also feature an NFT.

Major League Eating, the organization that runs the contest, has partnered with NFT agency Myntr.io, to drop a round of NFTs designed as “membership cards,” aka  the Gurgitator Genesis Series.

“The goal of the Gurgitator Genesis Series NFT collection is to connect with our fans through fun and authentic ways by creating community, not just collectible assets,” said Richard Shea, president of Major League Eating. “Each tier provides an elevated event experience, so it’s not just a different collectible, which we think brings the fans closer to the action and strengthens the connection between MLE and the community.

Benefits of ownership of these NFTs include early admission and back stage access to signature MLE events, as well as food sampling, couponing and other exclusive opportunities. Additional NFT drops and new creative will be scheduled on an ongoing basis and may be pegged to such highlights as the National Buffalo Wing Eating Championship on Labor Day in Buffalo, NY, and the Thanksgiving Turkey Eating Championship in late November.

“The NFTs are for MLE super fans who are looking to enjoy events in ways they haven’t been able to before. Whether that’s getting to the Spray Zone before anyone else, or being backstage as competitors gather, the Gurgitator Genesis Series allows you to show off your passion for Major League Eating,” explained Shea. “Importantly, MLE fans don’t need to be NFT experts to enjoy these special perks, which is why we have the entire process streamlined at nft.majorleagueeating.com where anyone can join in.”

“It’s becoming easier and easier for the average fan to purchase, hold, and display their NFT collections, though people are starting to realize that they want more out of these assets than a simple digital image,” he continued. “We are always looking to attract new fans, but we also want to honor our longtime fans by allowing them to experience MLE events in a new way. So whether this is your first contest or you’ve been with us for years, the Gurgitator Genesis Series will help maximize the fun.”