Luxury carmaker Lexus has launched a new campaign for its IS sports sedan that aims to appeal to a younger audience through their interests by tapping targeted micro-influencers rather than celebrity tastemakers. 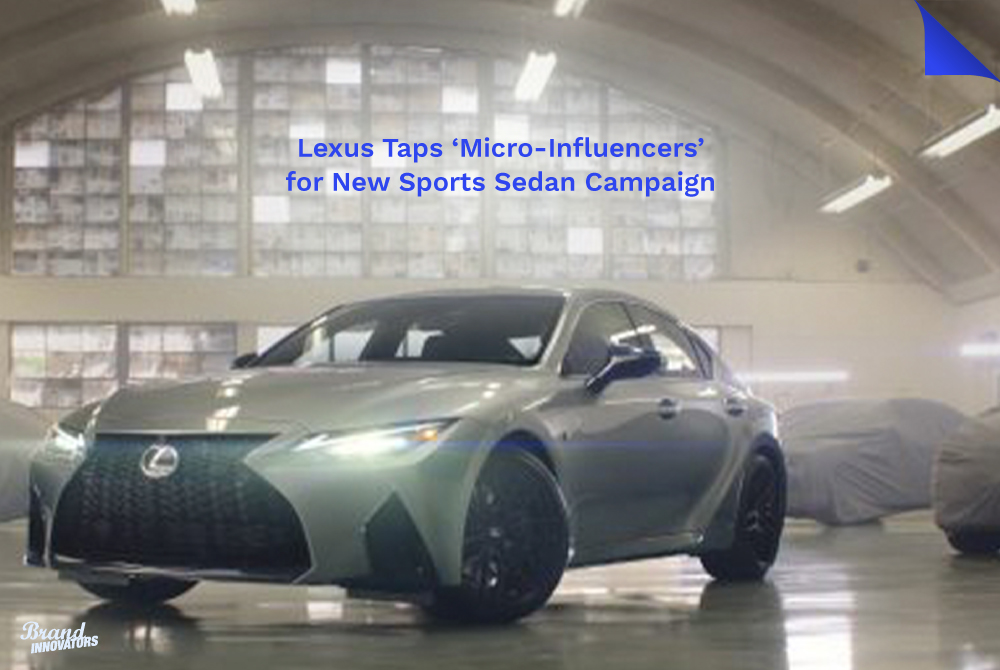 Luxury carmaker Lexus has launched a new campaign for its IS sports sedan that aims to appeal to a younger audience through their interests by tapping targeted micro-influencers rather than celebrity tastemakers.

Seeking to tap into young consumers’ passions, Lexus has enlisted a group of eight so-called micro-influencers for a new marketing campaign for its IS sports sedan. The effort, which includes two commercials airing duringNFL and NBA programming, links consumers’ passions with the brand’s passion for cars, with the tagline “Obsession Has Many Names” and the theme “All In.”

“This campaign celebrates a commitment to passion,” said Lisa Materazzo, vice president of Lexus marketing. “Our IS buyers are seriously authentic, and we wanted to connect with them at that level.”

The two television commercials show the eight micro-influencers engaging with their passions, such as food, fashion, sneakers, music, and gaming. One spot, “Names,” cuts between people as they introduce themselves by the names they’ve earned, such as “sneakerhead” or “audiophile.” The second commercial, “Vanity Plates,” links the influencers’ passions to cars by using custom license plates (e.g., “SNKRHED”) to demonstrate how deep their passion goes.

“They’re passionate about their interests, which runs in parallel to the way we view our cars,” Materazzo said. “It’s a mindset that reveals great reward and satisfaction.”

Some consumers may find satisfaction in identifying the micro-influencers in the campaign, who are not identified in either of the television commercials. Explaining who each person appearing in the campaign would dilute the authenticity that has built their unique identities, Materazzo said.

“These are not standard celebrity influencers who are enlisted for their large audience reach,” she said. “These micro-influencers tend to have a smaller reach, but they have a deeper level of engagement.”

In addition to the general audience commercials, Lexus has created unique ads that tailor the idea of “all in” for Black, Hispanic, and LGBTQ markets.

Lexus has a history of tapping influencers to engage consumers through their passions. Last summer, the carmaker tapped origami artists Coco Sato for a series of social media videos called “Lexus Creates.” Sato demonstrated how to create a cat, a leaf and a butterfly out of paper, as a way to illustrate the importance of creativity in craftsmanship and design.

In Lexus’ latest campaign, they are also creating a variety of long-form content with several media companies. One partnership with MotorTrend depicts a downhill contest between race car driver Rhys Millen and downhill skater Josh Neuman downMalibu’s Deer Creek Road. A partnership with CNN’s Courageous Studios brand content studio, meanwhile, involves a documentary-style campaign followingJessica Nabongo (the first Black woman to visit every country in the world) as she sets out to visit every state in the U.S.

The long-form content, which will include future, undisclosed media partnerships, is intended to develop authentic connections with consumers. “Where the commercials let us go broad, the long-form content allows us to go deep,” Marterazzo says.