Johnnie Walker Strides Into the Future

As the world slowly emerges from its 18-month hibernation, Johnnie Walker is ready to get people moving with the latest iteration of its “Keep Walking” campaign. 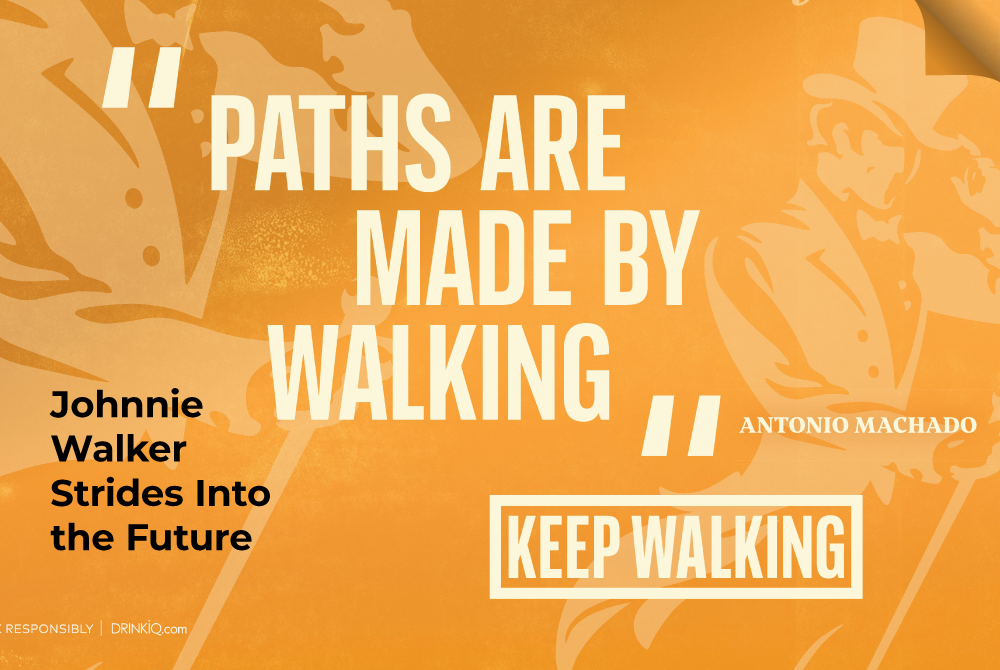 As the world slowly emerges from its 18-month hibernation, Johnnie Walker is ready to get people moving with the latest iteration of its “Keep Walking” campaign.

The new campaign is anchored by a new television and digital commercial featuring a mash-up of famous songs about walking. The mash-up includes snippets of songs such as “Walk This Way” (Aerosmith and Run DMC), “These Boots Are Made for Walking” (Loretta Lynn) and “Walk on the Wild Side” (Lou Reed). In the spot, the music plays on top of shots of people walking and dancing in settings such as bars, streets, and bridges.

The commercial will be supported by city takeovers in which inspiring quotes from notables will be projected over city skylines and cultural hotspots. “You only live once. But if you do it right, once is enough,” reads one quote from Mae West. Others featured in the campaign include  Grace Jones, Mark Twain and Ayrton Senna. The cities will include New York City, Mexico City, Cape Town, Tokyo and Bangkok.

The effort is meant to leverage the brand’s spirit of progress and inspire people to reflect the energy, words and thoughts of cultural icons as they ponder their next step.

“‘Keep Walking’ is two little words that say so much about positivity, possibility and resilience,” said Julie Bramham, global brand director for Johnnie Walker, in a statement. “After everything we've all been through in the past few years, we can't imagine a time in recent history when those sentiments could be more relevant.”

Finally, the brand will also undertake a series of local partnerships in more than 20 countries. Through the partnerships, artists such as DJ Alok (Brazil), CL (Korea) and Alfonso Herrera (Mexico) will help the brand reinvigorate social spaces such as bars, clubs and other venues.