After 18 months of so many virtual meetings, interactions, parties and meetups, it would seem no one would want to willingly dive back into the virtual world so quickly. No one, that is, except for Jake from State Farm. 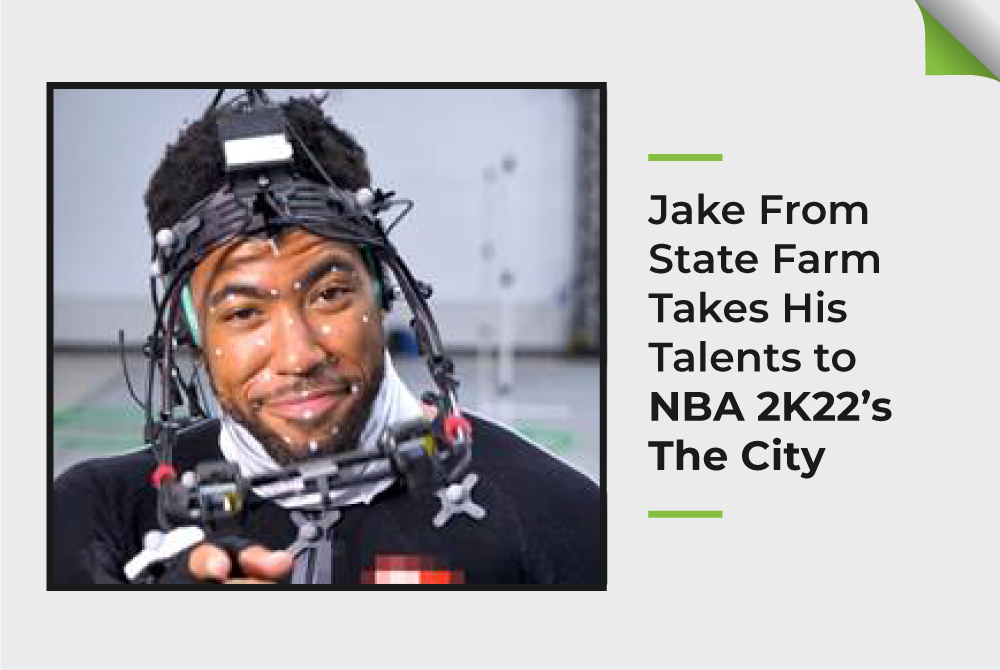 After 18 months of so many virtual meetings, interactions, parties and meetups, it would seem no one would want to willingly dive back into the virtual world so quickly. No one, that is, except for Jake from State Farm.

The beloved brand character has made his virtual gaming debut in the latest update of the NBA2K game franchise, NBA2K22. In the new game, which was released earlier in September, Jake is included as a “non-playable character” (NPC) in the game’s The City. Players can visit State Farm’s NGHBR GOODS store in the virtual City and interact with the character. (Speaking with him unlocks a skin for the player’s character.)

The appearance, the first-ever for a brand character, is intended to reinforce State Farm’s image as a relatable company to a younger, harder-to-reach demographic, said Patty Morris, assistant vice president of marketing and brand for State Farm.

“State Farm has continued to identify culturally relevant moments and partners that attract younger audiences in new and unexpected ways,” Morris said. “Gaming is a growing category with a massive Gen Z and millennial audience and highly effective platforms, like Twitch, that allow brands to connect in meaningful ways.”

Interacting with the gaming community can be tricky, as many gamers are quick to root out disingenuous marketing. Having been a brand sponsor of NBA2K since 2018 through in-arena and goal stanchion signage, as well as partnerships in other esports areas such as League of Legends, State Farm has a level of comfort that its brand character will be accepted.

“Video games are known for providing a strong sense of community, so there’s always been a natural tie-in for us there,” Morris said. “That (experience), along with our longstanding partnership with the NBA and overall presence in the basketball space, made the NBA2K integration a no-brainer.”

In addition to being able to interact with “Jake” in the game, the NGHBR GOODS storefront will feature State Farm/Jake-inspired apparel for purchase, including red polo shirts, khakis, letterman jackets, gym shorts, State Farm jerseys, and other goods, for in-game use.

Finally, in a bid to mix the real with the virtual, the brand has also prepared a Twitch “Jakeover” on October 2. During this stunt, Kevin Miles (the actor who plays Jake in the commercials) will face off with well-known NBA2K streamers. Miles will also promote the NGHBR GOODS store and discuss his character’s appearance in the game. The stream will be available on State Farm’s Twitch channel and on the channels of the influencers/streamers Miles will interact with.

“Kevin is already a huge NBA2K fan and has been playing it for years,” Morris said. “That helped us created an even stronger, more authentic connection to his new character and participation in upcoming live streams.”