The last year has been tough for everyone, and fast-food chain Checkers is using its brand platform to honor everyday heroes. 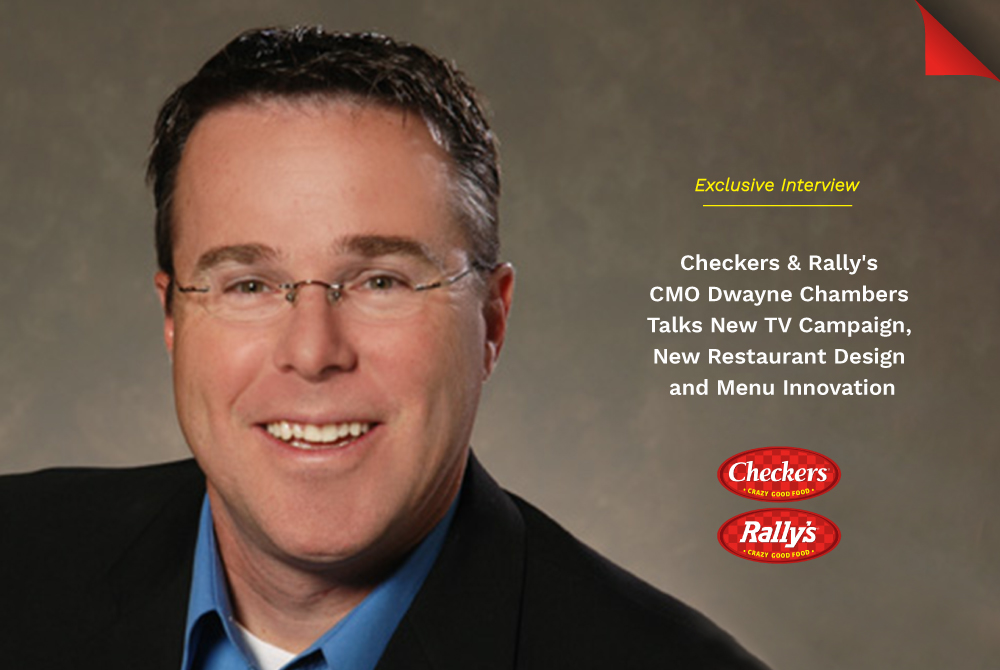 The last year has been tough for everyone, and fast-food chain Checkers is using its brand platform to honor everyday heroes.

The company has launched a new television campaign that speaks to everyday Americans and honors their generosity. The first spot features "Diego," a young man who helps his friend move by carrying heavy boxes from the moving truck up the stairs, working up a big appetite. He is rewarded with a new Super Loaded Buford at Checkers & Rally's.

“The idea was showing that sometimes the hardest thing is just the hard work you do everyday,” said Dwayne Chambers, Chief Marketing Officer of Checkers & Rally's. “It’s not these massive things to post on Facebook, it’s just about someone in your community needing help moving, and you are there to help them.”

The ad is running in 22 TV markets including Washington D.C., Atlanta, Miami, as well as radio in Cincinnati and Nashville, and digital activity running in all 22 markets plus Houston and Chicago.

The campaign comes as the company is scaling up its business under the leadership of new CEO Frances Allen, who left Boston Market and joined Checkers & Rally’s in February. As a company that was built on drive-thru, they have been well-positioned to serve customers in the era of social distancing. The company is now looking to modernize its legacy drive-thru model with a new design focused around the kitchen.

Brand Innovators caught up with Chambers to discuss the new brand leadership, the latest campaign, and what the drive-thru of the future will look like. This interview has been edited for length and clarity.

Checkers & Rally's has a new CEO who has been helping lead the plan to redefine the company’s brand DNA over the last year. What did you learn from this process?

One of the things that we clearly uncovered, not just talking to our guests but also going through years and years of research, we found that our guest base tends to be – you may call it blue-collar, hardworking, middle America, you could call it a lot of different things – hardworking people who spend their day working hard for people who are also working hard.

Contrary to a lot of the industry, a lot of people want to target people with a household income of $74,000, our target households have income significantly lower than that. Rather than trying to target people who aren’t our guests, or aren’t most frequently our guests, we dialed right in to those people who were our guests. The other thing we found, interestingly enough, while we clearly have people with household incomes of $74,000, they tend to be very hard working folks, as well. That was really the nucleus when you look at our brand DNA. As then we are looking at, not just to show who our guests are, but to also relate to the fact that that’s what they spend their days doing. That was really where the idea came from.

Your new campaign is centered around a TV ad. Has your media spend shifted since the pandemic hit?

We are really targeting more of a demographic. Before we were buying bulk, now we are targeting our guests and from there, it’s about finding the right channel and the right message for that guest. We are getting more specific. Obviously, that tends to shift from linear TV to more specialized buy. Whether that’s programmatic TV or more digital types of focus. We joke about that internally because even television is digital now. There is not a lot of analog television going on. When we talk about it, it’s more of a digital approach that we geo-target to our trading areas more specifically.

Checkers and Rally's have always been focused on drive-thru. And you recently opened some new restaurants with the “restaurant of the future” prototypes. How has the pandemic impacted the new restaurant design?

It’s been an interesting year too to watch. Obviously Checkers/Rally’s has been doing drive-thru only with double drive-thru staff for basically 30 years. Of course, in the midst of everything, every competitor we’ve seen has immediately come out with drive-thru only concepts. It’s been interesting to watch everyone jump into something we’ve been doing for decades. The thing that we’ve been able to do is, not eliminate dine-in and shift our model, but rather we’ve focused on taking the model we already have and updating it, making it even better. We looked at a number of different design firms for help, we combined groups internally. We have teams for marketing, brand, research, development, and ops.

The other thing I love about our design is that it actually started from the inside out. The most important thing with drive-thru only is the engine inside the restaurant. Most marketing people, we get all excited about the glitz and the glamour, the colors, the lights. But, if you are not getting people through, if it’s not easy, if you are not getting the right food to the right people at the right temperature, then what’s the point. Those are the most important things. We actually started with the kitchen.

What role has menu innovation played in keeping your brand relevant over the last year?

The interesting thing over the last year is that it is not driving people’s sales. If you think about your own behavior, when is the last time you watched a commercial for a new food and thought, ‘Wow, let’s jump in the car! We need to get that.’ What goes on in your life now is that you need to think about convenience and occasion for problem solving. By the same token, you want the ability to think that it was worth it. You want your trip to our restaurant to be efficient. We actually had all of our menu innovation work being done before COVID, and it ended up hitting really directly on target. We rolled out the new menu in June-July, right in the midst of COVID.

One of the biggest opportunities we had is our lack of premium chicken. We did it at the right time as everyone is talking about chicken now. We introduced a new line of premium chicken, our Mother Cruncher sandwich line right in the midst of that. It’s been great, because if you think about the efficiency of a trip, chicken sandwiches are a go-to for a lot of people. That quickly became a substantial part of our business.

The other thing we had never taken advantage of was that we had this burger called the Big Buford, and it was just a burger. It was a great burger and a good part of our sales, but at the same time, we were positioning it as its own platform. Rather than coming up with a lot of random limited-time-offers throughout the year, our focus has been on new flavors of the Big Buford and new flavors of the Mother Cruncher sandwich. In addition to providing variety for our guests, it’s provided simplicity for our team members because they have two big focuses. They are making amazing Big Bufords and Mother Crunchers, whether they are putting bacon on it or different sauces, the base is always the same. It has helped our team members in execution and helped our guests in getting a consistently executed product.

You have been in the restaurant business for years having held senior marketing roles at brands including P.F. Changs, Krispy Kreme, Red Robin, Noodles & Co. and Fuddruckers & Koo Koo Roo. What have your experiences at these other companies brought to your current role?

It’s interesting, my most recent job was at P.F. Chang’s, helping them turn some things around and sell the brand. All of them teach you something, whether it’s polished casual dining like P.F. Changs or selling doughnuts. What you find is that the reason people make their decisions is entirely emotional. It’s not like hunting and gathering, we make our decisions based on what’s practical, but also with our emotions. If you drive down any given street, you have about 5-6 different choices of where to get food.

Part of our research at Checkers/Rally’s was very qualitative, where we got direct feedback from guests. In one particular case, we did a few similar interviews where a mother described why she chose Checkers. Her quote was, ‘When I go there, all the members of my family can get their own food.’Financially, she needs to make compromises and people need to share. Everyone in her family likes Checkers and it’s affordable and everyone can have their own meal. It’s obviously pretty emotional for her. More often than not we make those decisions emotionally. If you’ve had a rough day or a rough week, you might just decide to get a burger.

It’s so funny, in this brand, we’ve got some guests who might typify our brand like heavy construction workers, but the other thing we find is that we have a stay at home mom who literally just came from the gym and this is her cheat meal. She’s worked hard this week for her family and herself. She’s going to hide in the grocery store parking lot and eat her burger because she deserves it. Internally, we call that The Everyday Win. Times are tough, the world is crazy, everybody just needs a win. Literally, our guests describe that verbatim. This is their win, this is something they do for themselves or their families. In today’s society, everybody needs that.