When you’ve had a career as varied as Kerry Tucker, there is no end to the interesting paths you could take. What led her to become the first CMO of pocket.watch, however, represents a surprisingly natural progression towards the kids and family entertainment company. 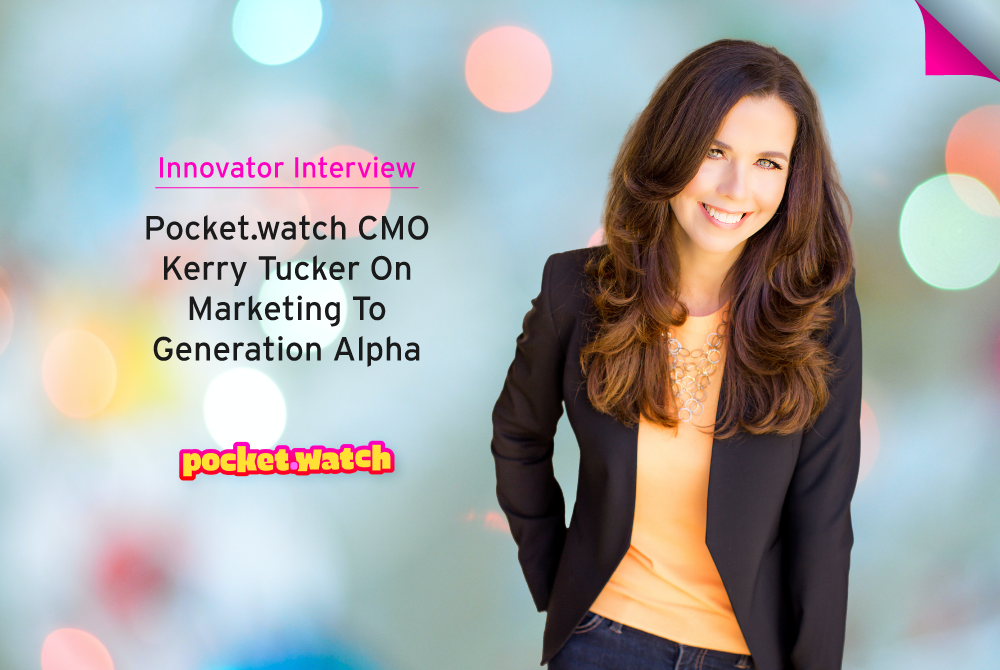 When you’ve had a career as varied as Kerry Tucker, there is no end to the interesting paths you could take. What led her to become the first CMO of pocket.watch, however, represents a surprisingly natural progression towards the kids and family entertainment company.

As head of marketing with Martha Stewart Living Omnimedia, for instance, Tucker worked with one of the original — and highest profile — influencers to move from creating content to their own consumer products.  Her role as EVP of Marketing with Victoria’s Secret, meanwhile, gave her insight into the nuances of specialty retail.

Then there was her time as CEO of Hello Sunshine, the Reese Witherspoon-founded media brand, where everything depended on the power of storytelling. And even her time as COO of The Video Genome Project offered tremendous value, given its focus on data-driven solutions.

Given her background, Tucker may therefore be perfectly suited to help a digital-first media company build franchises based on the work of YouTube creators, pioneering a new model for kids and family entertainment - which is exactly what pocket.watch is doing.

“This role tapped into almost everything I’d done before,” Tucker told Brand Innovators in a recent interview. “One thing it had that I didn’t have, however, was a mandate to work with kids. It was this perfect opportunity to draw from a lot of what I knew, and then to dive into something I didn’t know.”

That said, Tucker does have kids of her own, and her approach over the past two years since becoming pocket.watch CMO is to always imagine a child sitting at the boardroom table, assuring that the audience is always at the center of everything the company does.

Earlier this year, pocket.watch said it would be expanding its available content library to more than 300 hours of original programming. This includes more than 1,600 episodes and more than 19,000 minutes produced for distribution across OTT, AVOD, and SVOD streaming services later this year.

Tucker says marketing the breadth of that content, along with the company’s consumer products, is a big responsibility.

“We have to understand a unique audience, in this case Generation Alpha,” she said. “Kids under the age of ten today are very different from when I was that age in terms of what they have access to. We have to be very thoughtful about where they are consuming content, their relationship to each other and their relationship to the world.”

Tucker shared some highlights from her work so far, and her advice to other marketing leaders.

When To Push Forward, Even Amid A Pandemic

As a digital first company, it wasn’t as hard for pocket.watch to “pivot” during the pandemic, compared with more traditional entertainment companies, Tucker admitted. There was a recognition, though, that its audience was going through something it had never seen before. The global stay home orders provided a unique opportunity for pocket.watch to serve their audience.

“We had this opportunity to feed them with great content, but we also had to balance that, knowing that kids were in front of screens all the time,” she said. “Kids were just dying to play. What we found is they were forced to be more imaginative than ever.”

Pocket.watch’s family of creators were able to provide inspiration for playing, which is why the company forged ahead with the launch of a new franchise called "Love, Diana – the Princess of Play.”

Besides bringing what started as the world’s third-largest YouTube channel to new formats such as animation (and new platforms including OTT and gaming), the launch included a consumer products line with toys and apparel to encourage kids to have more hands-on fun.

“It certainly could have been a risk, but because of the demand globally for Diana, her content and her products — and the deep interest that licensing partners and retail partners have with her — we knew we had a hit on our hands,” she said. “We actually embraced the opportunity to launch amid the pandemic because we were celebrating pretend play.”

When To Go Bigger If You’re Going Out Of Home

For a brand associated with digital, pocket.watch literally turned heads during last year’s Macy’s Thanksgiving Day Parade’ with a balloon inspired by YouTube star Ryan Kaji of Ryan’s World. “Red Titan,” was the first balloon in the celebration’s 94-year history to be inspired by a YouTube creator.

“Pocket.watch’s goal is to bring kids more of what they love and to be everywhere that kids are,” she said. “When we look out to the world for significant kids and family moments, the Macy’s Thanksgiving Day Parade has stood the test of time and is a very mainstream kids and family event. That kind of recognition is significant.”

Balancing Being Relatable With Being Responsible

Tucker suggested other brands that want to market to Generation Alpha need to recognize that kids primarily relate to other kids. They like pocket.watch because they see themselves in those franchises. Kids are also primarily consuming content using digital channels they largely control themselves.

“Kids as young as 18 months know how to navigate a tablet. It can give them a sense of independence,” she said. “Serving them in a digital-first way is essential, but it has to be based on being true to who you are and proving to parents that you have the best interests of their kids at heart and won’t violate that trust.”