Even if he didn’t have the considerable powers of artificial intelligence technology at his disposal, Ryan Detert would still be able to tell you exactly how the consumer appetite for influencer marketing content has changed. 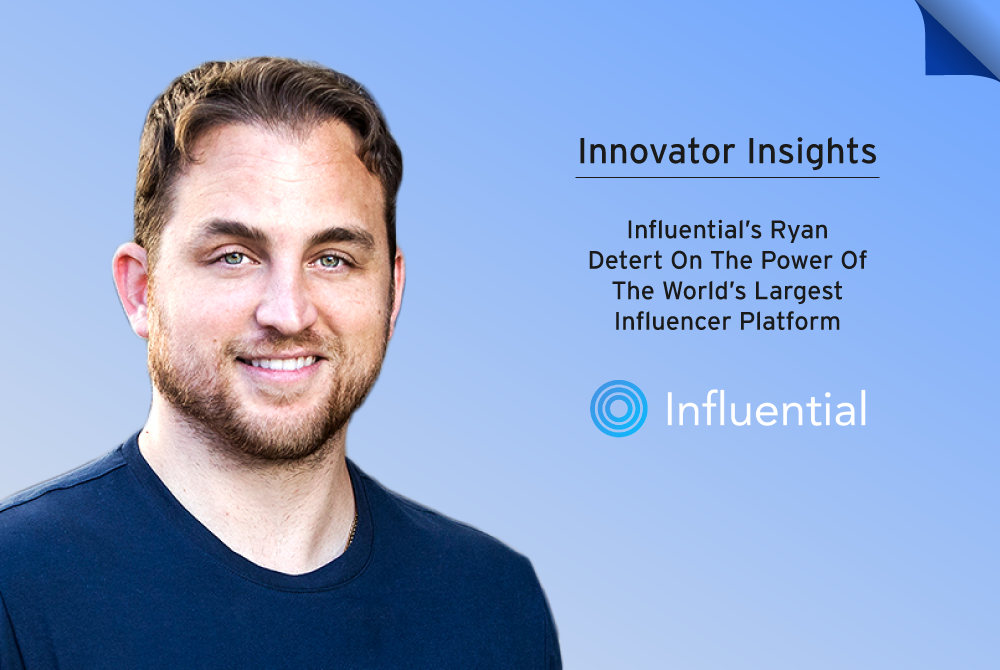 Even if he didn’t have the considerable powers of artificial intelligence technology at his  disposal, Ryan Detert would still be able to tell you exactly how the consumer appetite for influencer marketing content has changed.

As CEO of Influential, the world’s largest influencer platform, by revenue, with offices nationwide, and revenues over 9-figures, Detert has helped develop a platform that uses IBM Watson and their AI as an exclusive partner to analyze a number of variables around the effectiveness of an influencer campaign, including demographics, contextual relevance, psychographics, and more.

Beyond its social intelligence toolset, however, Influential has also put together the world’s leading talent network, made up of more than 3 million creators. These two areas of strength have proved critical in helping Influential weather the storm brought on by the pandemic in 2020, and will be key to helping its clients continue to engage with audiences this year and beyond.

Detert noted that Influential has always tried to go beyond the traditional vanity metrics in influencer and social media marketing. Instead, it focused on tangible Return on Ad Spend (ROAS) metrics which include how a creator’s content can drive foot traffic, in-store sales, TV-tune in, and e-commerce. COVID-19 has only reinforced that focus.

“The level of frugality among brands has increased exponentially — they do not want to have any sort of waste,” Detert told Brand Innovators. “Before the pandemic, there were people who had put money into publishers, websites, TV, and outdoor. They had to find new ways to validate every dollar they spent.”

Detert said the silver lining for Influential was that social media and influencer marketing represented an opportunity to reallocate some of those budget dollars, due to the lack of traditional large-scale production. It soon became clear, though, in the pandemic, that what would resonate best with consumers was no longer simply aspirational content.

“People didn’t want to see fashionistas and travel pics the way they did before. They wanted real people, real stories,” he said. "The biggest creator boom was among relatable influencers, including the young families, those that are creating content about things like how to eat healthy, as well as lifestyle creators who can show you how to survive and thrive in the pandemic, or even comedians who could provide comic relief in these difficult times."

Influential also recognized the need to show its leadership and philanthropy during the crisis. Last year, at the beginning of the pandemic, it teamed up with the World Health Organization (WHO), to facilitate pro-bono partnerships with influencers who would share messages around issues such as mask-wearing, social distancing, and the value of getting vaccinated. Other pro-bono work over the past year includes a partnership with Rock The Vote, whereby Influential was able to deploy influencers over a six-month period in the lead-up to the U.S. presidential election to get young voters to the ballot box. Influential helped launch RTV’s Democracy Summer campaign and brought in 6X Grammy Award-winning group, The Black Eyed Peas, to perform, as well as numerous influencers that helped reinforce the importance of a bi-partisan youth vote.

Here are some of Detert’s tips for understanding the creator economy now:

Brands that once might have had stars in their eyes, when they looked at Facebook or Twitter, might now be wondering if TikTok creators could give them the instant exposure they crave. Detert suggests being mindful of how these platforms have evolved, and that no single social channel is a panacea.

“The audience exists on all the platforms,” he said. “The best results often come from a combination of organic engagement with paid promotions to custom audiences who are going to care about the product. Most of our campaigns are multi-platform.”

Like everyone else, Detert has been watching the rise of social audio platforms such as Clubhouse, though he questions whether it will continue to grow and scale at the level level as the pandemic is contained and the world economy continues to open back up.

More likely, he said, consumers will be just as drawn to video than they ever have. The difference is that what keeps them the most engaged will not be content that has been pre-recorded and made available on-demand.

“The future is live,” he said. “That includes TIkTok live, Instagram, YouTube, and Twitch. By the end of this year, most brands will have become cemented with what their live strategy will be.”

It Takes Experience To Identify The Go-To Creators

With diversity, equity, and inclusion top of mind for brands across every industry now, Detert sees Influential as playing a critical role in helping amplify voices that have been historically marginalized or underrepresented.

This is not a new area for the company: he cited numerous pro bono campaigns where every single dollar has gone to amplify diverse voices, and to ensure those from multicultural backgrounds are paid the same as others.

Marketers should also think about whether the agencies or other partners they work with are prepared to vet creators with the appropriate level of rigour. “This is not only about looking at follower counters and ‘likes,’” he said. You also need to look at the demographics of their following, their level of brand safety (have they used hate speech, for example?) and even check for things like DUIs.

“It’s a job interview — you’re looking at the insights of what people have done for the past number of years.”

The good news is that there is plenty of available talent to consider, Detert added.

“Some of these people are at home with full production studios. Others are less produced but just as authentic. It all depends on what you want the output to be, but it’s really become a choose-your-own-adventure thing for clients.”