Innovator Insights: Chris Bruss On Roku’s New Brand Studio And The Connection Between Creativity And Data 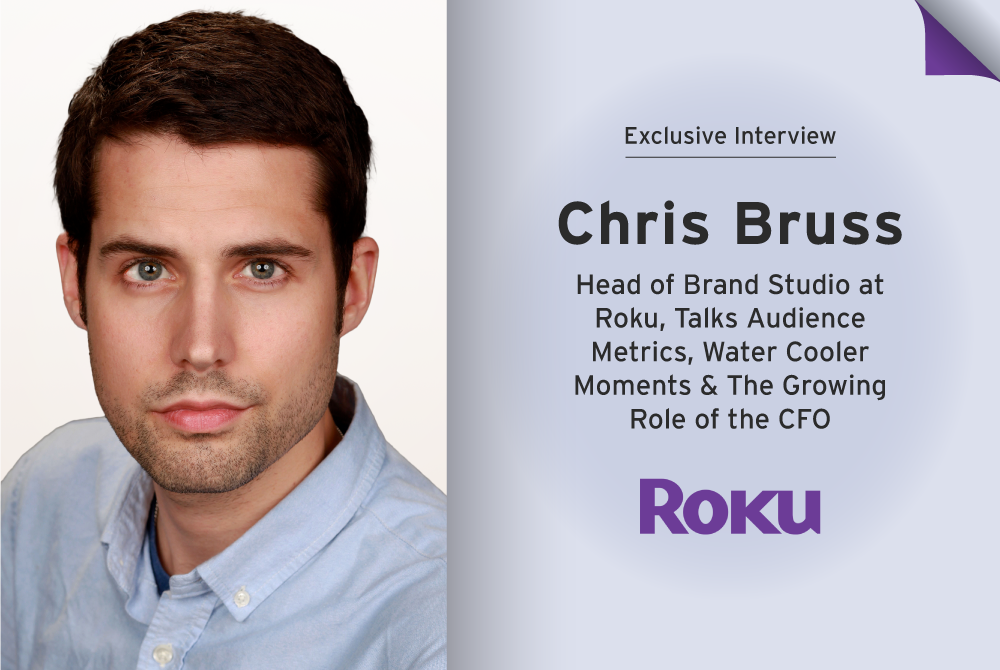 A lot of things have changed about TV viewing as the world has shifted from traditional linear TV to TV streaming, but Chris Bruss is well aware of the one thing that hasn’t changed: the need for brands to deliver quality creative that will be worthy of running on the biggest screen in the house.

Roku’s launch of the Brand Studio was created through a deal with Funny Or Die, which saw Roku acquire their award-winning Branded Entertainment division and bring over several of its top talent to Roku. That includes Bruss, who prior to joining Roku was President of Funny or Die. The team’s scope will involve everything from producing advertiser-commissioned short-form TV programs, interactive video ads, and other branded content for The Roku Channel. The offering is integrated with Roku’s Brand Experiences product, which empowers advertisers to create custom experiences accessible on the Roku home screen, in-stream video, search and content tiles.

According to Bruss, the storytelling capabilities of the new hires, coupled with Roku’s experience in data-driven marketing, mean brands can expect creative that not only draws an audience but inspires streamers to engage.

“We offer ways for brands to take advantage of every aspect of the Roku user’s journey. It starts with the Roku home screen, which every Roku user sees before selecting what they’ll stream,” Bruss said. “For instance, TurboTax built on their sponsorship of the 2021 March Madness [the NCAA men’s basketball tournament] with an Editorial Hub on the Roku platform that unlocked free college basketball content, including ‘How It Happened’ from The Player’s Tribune, which recounted the classic 1991 Duke versus UNLV Final Four game. TurboTax also invited streamers to try to beat the buzzer on their TVs and phones with an augmented reality lens,” he added.

Roku already enjoys a position as the No. 1 TV streaming platform based on hours viewed, according to 2020 data from Kantar Media. Its operating system (OS) finished 2020 with 38% unit share of smart TVs sold in the United States, more than any other platform. The Brand Studio helps brands connect with Roku’s leading audience of TV streamers in ways that aren’t possible elsewhere.

“An advertiser can establish that their customers saw and engaged with an ad and took action, whether it’s shopping in a store or going to a lot and taking a car for a test drive,” he said. “We can show them that their marketing budgets are performing.”

Bruss had a few other observations on the evolution of streaming and the opportunity for advertisers:

‘Who Watched’ Is Far From The Only Metric

Advertisers who have grown up in a digital-first context expect to get real-time data on digital ad performance, from brand awareness to purchase.  Bruss says that TV streaming ads offer the same precision.

“Marketers who have worked with Facebook, Google and YouTube will be right at home advertising via TV streaming,” he said, “because all these platforms share a similar digital foundation, which makes everything from reaching audiences to measuring campaigns faster and more precise.”

Almost from the moment COVID-19 induced nation-wide lockdowns, Bruss said, two big things happened. First, brands froze their spending. Secondly, the CFO became an even more important voice in the boardroom. CMOs shouldn’t see that as a negative, he added, but as an opportunity.

“CFOs come naturally to the question, of ‘What are we going to get out of it?’ when marketing is spending money,” he said. “That’s exactly the right question that not just CMOs and CFOs but brand managers, media managers, and even creatives all need to be asking. They shouldn’t be focused on looking for the lowest-priced CPM. Instead, they should think about the results they can generate from their marketing investments, understanding the relationship between ad exposure and outcomes.”

‘Water Cooler Moments’ Get Even Cooler With Data

Awards shows, the final game in a sports championship, the season finale of a hit series — these traditionally have been seen as the perfect place for brands to align their creative in order to achieve the highest return on investment (ROI).

Though TV streaming lets consumers watch shows whenever they want, Bruss believes marketers can continue to find tentpoles around which to build campaigns that will generate consumer excitement. In fact, TV streaming provides more opportunities to create water cooler moments.

“What TV streaming makes easy for marketers to do is reach audiences while they’re watching other shows and programs, not just the big events that make TV unique among advertising channels,” he said. “Marketers need to embrace the notion they can keep their tentpole contextual attraction but also augment that with an audience-based based approach to continue to have a conversation and engage with people who tune in to those big events or moments.”

Insurance Brands Use Humor and Entertainment to Connect with Younger Audiences