“So how are we looking?” sounds like a simple question a marketer might use to kick off a meeting with their agency, but Tyler Kelly knows that providing a detailed answer can quickly become complex. 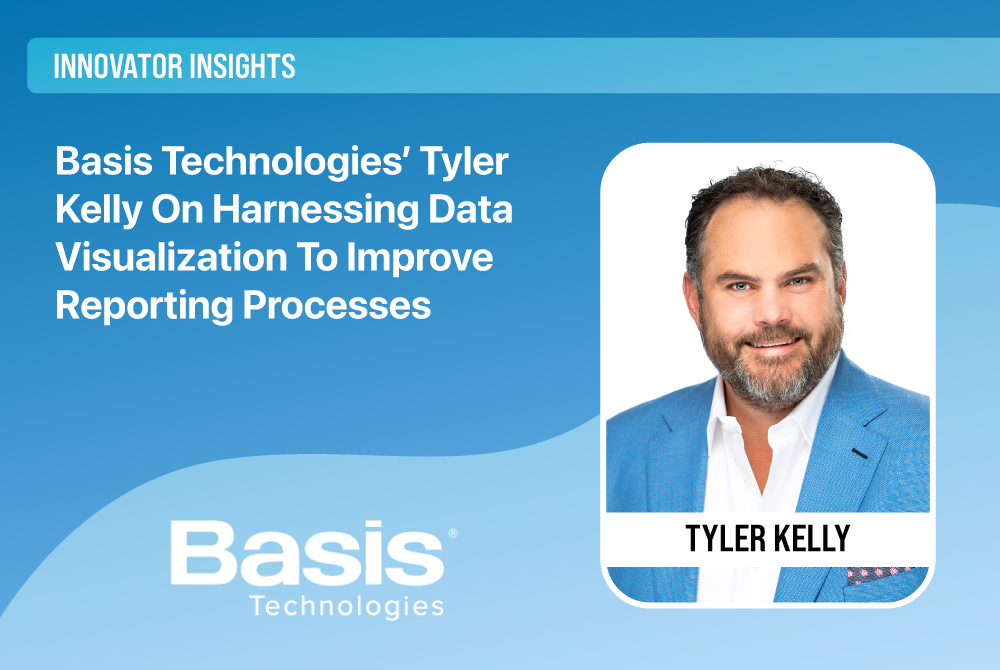 “So how are we looking?” sounds like a simple question a marketer might use to kick off a meeting with their agency, but Tyler Kelly knows that providing a detailed answer can quickly become complex.

The president of Chicago-based Basis Technologies (formerly Centro), has been helping agencies craft those answers by continuing to develop more capabilities into its namesake Basis media automation platform. This includes the recent launch of Data Canvas, which automatically gathers information on ad tactics such as spending on programmatic, search and social, and then automates the process of visualizing it.

According to Kelly, Data Canvas is building upon Basis’ mission of removing manual and time-consuming work that often cripples agencies’ productivity and hampers their employee experience. By offering clients a dashboard based upon customizable templates, for example, an agency and its client can review data at any point in a campaign and respond accordingly.

“What we're trying to do is to create an environment where if you want, you can start the planning process and work all the way through reporting and billing reconciliation with your clients,” he said. “Data Canvas is our first step into that really strong data visualization layer that ties into the front-end of that planning process.”

Kelly sees Data Canvas as a fit for the many agencies that may continue to dedicate a portion of their team’s time formatting campaign performance data and producing reports. This is not just a matter of how the data is shown, but that it is shown correctly and tells a relevant story. While he admitted reporting isn’t usually considered a “sexy” topic in the marketing world, Kelly argued that no agency can afford to overlook its importance.

“I think agencies get fired more for reporting mistakes than probably almost anything else, because it's just something you can catch,” he said. “It's simple math. If that one plus one goes to three, it's pretty obvious something is wrong.”

Kelly provided some guidance on best practices in succeeding with visualization and reporting:

Agencies, like most organizations, can be notoriously averse to change, particularly in the tools they use to manage information. The idea of a centralized hub for their clients’ marketing data may sound like something that will require a steep marketing curve. Kelly suggested they only have to look at companies like Salesforce and the early days of cloud-based customer relationship management (CRM) systems to see how things play out once the right technologies have been deployed.

“I was a seller and (at first) I hated it,” he said of Salesforce’s CRM. “It was like Big Brother. I didn’t want to have all my leads and opportunities exposed like that. Today, I can't imagine running a business without Salesforce at the heart of its sales department. Agencies will see the same thing when they have that foundation of a centralized hub where you can keep adding different pieces, and Data Canvas is an example of that.”

Marketers thrive when they have something to act upon

Harnessing the power to visualize real-time data doesn’t just create opportunities for more meaningful conversations between agencies and their clients. Kelly suggested it also prevents clients from being frustrated when they’re waiting to meet with their agency to get a better sense of what’s going on.

“You might have some clients that are just looking for a quarterly business plan, but there are others that are hardcore in terms of tracking performance,” he said. “They almost want to have weekly, if not daily, stand-ups to say, ‘Okay, we all saw this happen yesterday. What are we going to do?’ There’s freedom in giving them the data because at least they can be diving into it and beginning that analysis.”

As an executive himself, Kelly said he recognizes that many of his peers are short on time. That’s why he recommends reporting transcends a series of pretty pictures and accelerates the process of optimizing a marketing strategy.

This could include highlighting what kind of activity or engagement is being generated by a campaign or initiative and any red flags that leaders need to know about before they become serious problems.

“I think the best digital visualization tools for me are the ones that show something like a green positive and a red negative,” he said. “It’s about how do I get there really quick, and then we can move on.”