Shawn Riegsecker may not be able to completely reverse what’s being described as The Great Resignation, but he and his team are working to ensure more marketers and ad agency staffers have fewer reasons to quit. 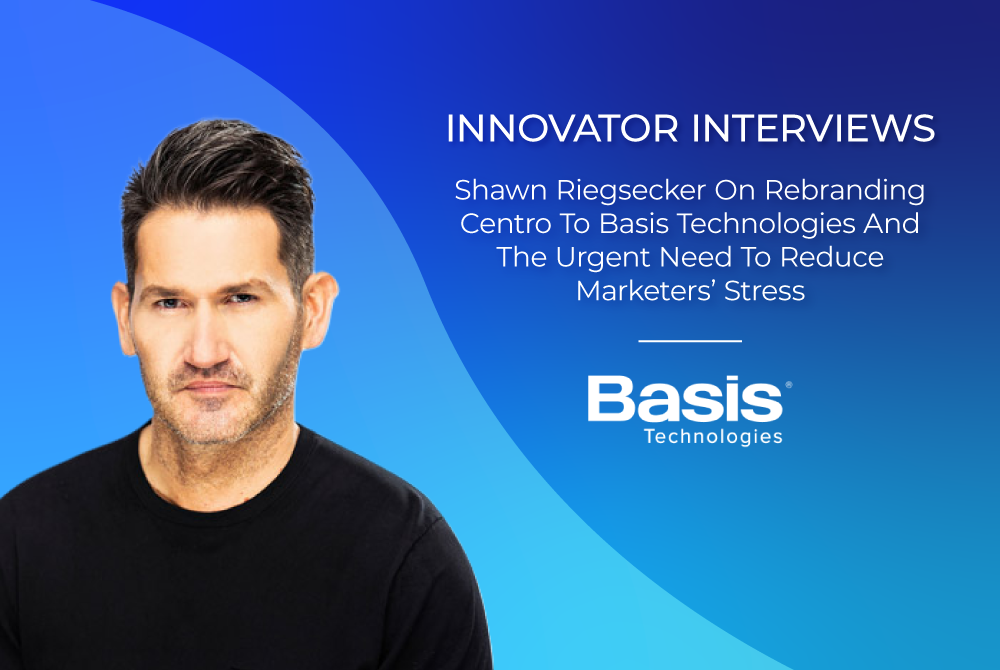 Shawn Riegsecker may not be able to completely reverse what’s being described as The Great Resignation, but he and his team are working to ensure more marketers and ad agency staffers have fewer reasons to quit.

As the CEO of Basis Technologies, Riegsecker is focused on using automation as a way to not only improve the performance of an ad or marketing campaign, but the workflows within the teams that conceive and execute them.

This includes leveraging technology to overcome manual or inefficient processes, as well as giving marketers faster and easier ways to get their jobs done. Without that, he argues, brands and agencies are likely to witness the negative consequences on the employee experience they deliver.

“Everybody wants to talk about data and everyone wants to talk about privacy, but almost no one is shining a light on what’s going on at the workflow level of the operation in terms of stress, undue burdens, anxiety, burnout and dropout,” Riegsecker told Brand Innovators.

"It seems there's really only two solutions people come up with to these problems. One is that we’ve got to bring more talent, and how are we going to do that? The second is offshoring, which often turns out to be paying more people to do your mess for less.”

In some respects, Riegsecker and his team have been at this for two decades as Centro. In October, however, the company rebranded as Basis Technologies, which had previously been the name of its automated ad management platform. Riegsecker explained that while Centro had achieved great success in helping execute local campaigns, its future is based on a much larger market opportunity.

“We had reached a point where we could either spend a lot of money and try to reposition the Centro brand in the minds of the customer, or actually just make a decision to rebrand specifically as a technology company,” he said. “The Basis name  removes our legacy brand perception, and it signifies to the market that our goal is to be a software provider.”

Riegsecker offered some additional ideas on how to reimagine the employee experience within marketing departments and agencies:

Learn To Distinguish The Foundational Full Stack System From The ‘Gunk’

While speaking on a panel at an industry event, Riegsecker recalled asking a marketing executive what she would change about her department if she could wave a magic wand. She answered him by describing a common problem.

“She said, ‘There’s all this gunk. Nothing talks to each other, nothing connects,’” he said. The amount of things that we have to manage as an industry has tripled in the last two decades.

Part of the problem is that many brands and agencies turn to point solutions instead of full platforms, Riegsecker said.The former only tend to deal with isolated tasks, while the latter centralize everything from financial data to creative assets and other files employees depend upon.

“When it has all that, as well as all your performance reporting and strings it all together, that’s a foundational system,” he said.

Like many seasoned executives, Riegsecker is occasionally asked what advice he might give to a young marketer in their early to mid-20s who is just starting out in the industry. He said he often begins by warning them that they might not like his answer.

“The truth is that anything that can be automated, will at some point become automated,” he said. “So in 10 years, this concept of an associate media planner may not even exist.”

This shouldn’t frighten marketers, Riegsecker added. Instead, rather than resisting the transformation of advertising and marketing through technology, he suggested they should be motivated to further their professional development.

“I believe that what will be important are people who can get ahead of future trends and technologies like AR, VR — people who can help distill those trends, communicate them, put them into context and help customers understand them,” he said. “There will be a lot of room for that.”

Reimagine What Matters As A Marketing Metric

The return on investment for technology is usually based on productivity, efficiency or similar variables. Riegsecker argued that the current times call for something that connects more to the values many senior executives say is at the core of their brand, even if they may talk differently to their investors.

Connecting the two may just require a shift in mindset, he added.

“As a CEO, there's really two main things we generally look at. There's our revenue and there's our costs. And the difference right between the two is important,” he said.

“We’re also focused on healthy agencies. We want healthy marketers, and that means we want their sales to be optimized. We want their costs to be lowered or optimized from as low as we can. And we want the relationship and the performance relative to customers to be the best it can be.”