As the summer barbeque season approaches, Impossible Foods wants consumers to redefine how they think about meat. 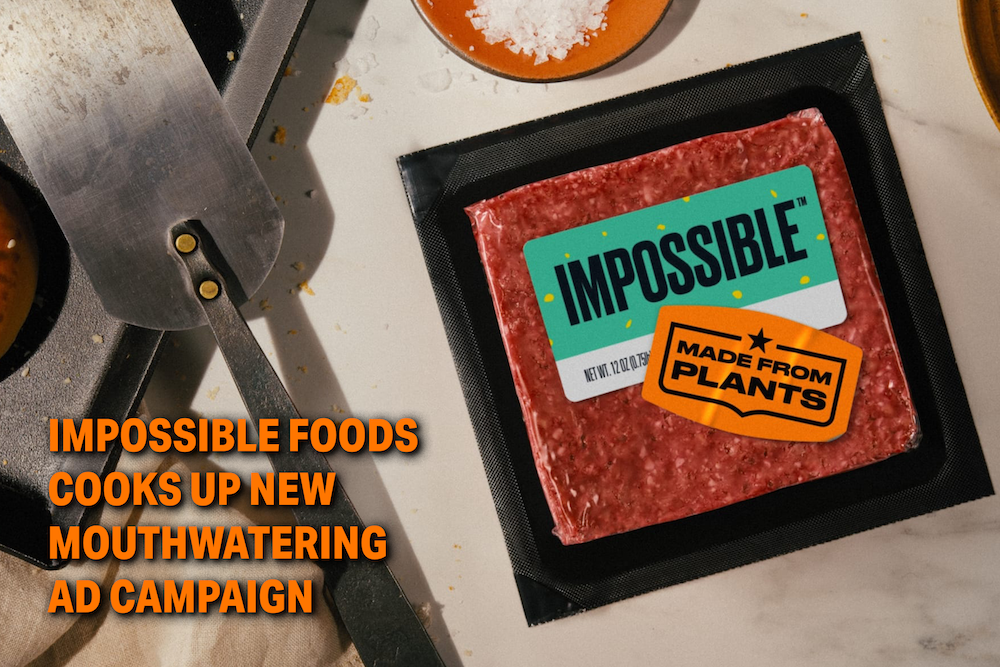 As the summer barbecue season approaches, Impossible Foods wants consumers to redefine how they think about meat.

“We believe that meat is about the taste in your mouth, the nutrition it brings, and the social and cultural norms that we have around meat,” says Jessie Becker, SVP of Marketing at Impossible Foods. “Traditionally, meat has needed to come from animals, but we believe that we have found a way to make meat from plants that delivers the same experience humans crave from meat without the disastrous ecological impact that animal meat has on the world.”

With their first national, video-led campaign, ‘We Are Meat,’ Impossible Foods evokes the full sensory meat experience for consumers with the sound of meat sizzling on a grill and the image of cheese melting on a burger. A deep-voiced, omniscient narrator teases the viewer as savory burgers fill the screen. The mouthwatering ads can be found on traditional linear TV, Youtube, and social media channels.

“If I could, I would hand the burger through the screen and let you taste it. But I can’t do that, so we are creating such a strong visual experience that your senses automatically add in the other pieces,” explains Becker. “At the same time, we are saying that it’s made from plants. The twist we are asking people to think about is to reconsider that meat can come from plants and not just from animals.”

Although Impossible Foods is glad that vegetarians and vegans enjoy their products, meat-eaters are the primary audience for this new campaign. “We are looking to turn the world into people who eat meat made from plants,” says Becker. “The sole target is people who eat meat today who either don’t know that meat made from plants is an option, or come in with a bias that this meat won’t meet their expectations, and get them to rethink that and try an Impossible Burger. Once they try it, people are absolutely blown away by the experience and are ready to reconsider how meat can be made.”

In addition to their goal of making delicious plant-based burgers, Impossible Foods’ core purpose is to eradicate animal agriculture and save our planet. “People are not really aware that cows and all the things we do to support feeding cows is hugely destructive to the planet’s ecosystem and our decision to live here healthily,” Becker affirms. “We are not expecting people to change, but we want meat to change. People can still keep craving that awesome taste, cooking traditional recipes from their families, and having backyard barbecues with Impossible Meat. You don’t have to give up anything. It almost sounds too good to be true, but it’s true.”

The brand’s first national advertising campaign comes as Impossible Meat has reached 20,000 retail locations. Impossible Foods was founded in 2011 and started gaining traction with restaurant partnerships five years ago. Their products are also direct-to-consumer and can be found at your local grocery store.

“Not only can you find Impossible Meat at restaurants, but you can also bring it home into your own kitchen to cook,” Becker says. “We need people to be aware that Impossible products are available at your local stores. It cooks just like ground beef, it tastes just like ground beef, and it can really be that full experience meat that you are looking for in your life.”

Head to the Impossible Foods website to watch more savory content from the campaign and find an Impossible Burger near you!