Everyone’s Talkin Bout NFT’s...But What are They and Why Are Important For Marketers? 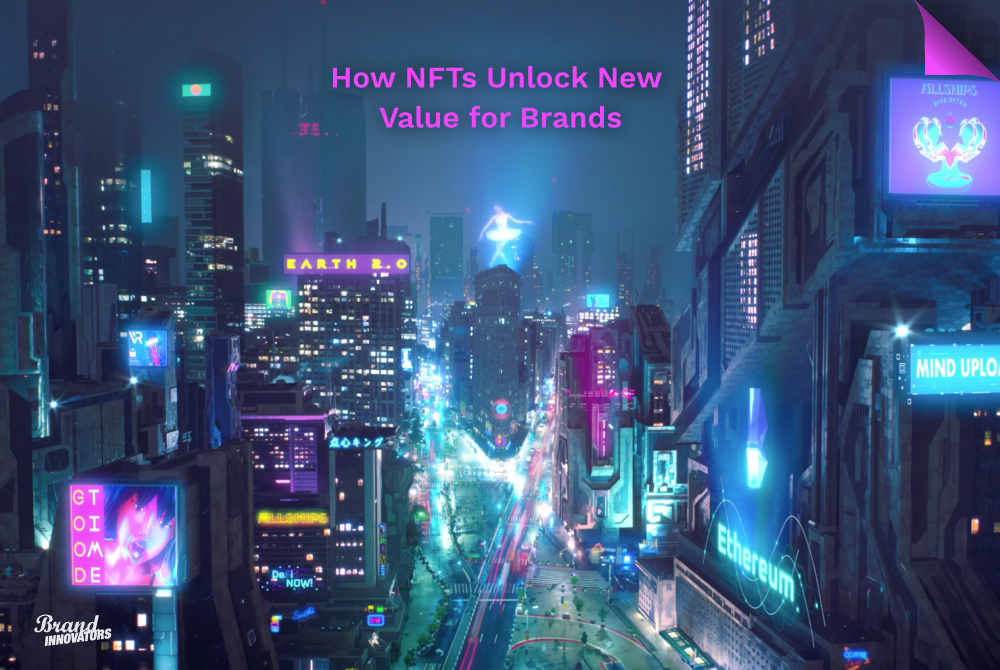 First, there was the Internet. Then, there were social media and mobile apps. Now, we've reached the third pinnacle of digitization with the advent of Web 3.0, which is a globally distributed and decentralized network for peer-to-peer value-exchange. At the core of the Web 3.0 ethos is the creation of value for users, not platforms. In many ways, this movement can attribute its raison d'être to a decade of value extraction from major technology companies without being fully transparent with consumers about how their data is tracked, managed or sold. Not to mention, for as long as history would have it, artists and creators have always ended up with the shorter end of the stick — until now.

Blockchain and cryptocurrency technologies have unlocked a new ownership economy that provides brands with a tremendous opportunity to realize the true potential of what they had already been doing for the better half of the last decade. For example, brands like LEGO, Unilever, Starbucks and Glossier, have all crowdsourced feedback and suggestions from their online communities to develop new products and experiences. However, the ability to compensate the community participants with more value than a $100 Amazon Gift Card is undoubtedly unique and potentially paradigm-shifting.

Over the past several months, one particular usage of blockchain technology has seen a huge surge in buzz and popularity: Non-Fungible Tokens, or NFTs.

NFT’s, if used creatively, can unlock real value for brands and their communities. In fact, it’s already happening. Just last year, the trade volume of the NFT market surpassed $250 million — quadrupling from 2019. According to Cryptoart.io, this NFT boom has created a new class of artists, with 24 artists seeing more than $1,000,000 in sales, and two who have sold more than $5,000,000 each, such as Beeple and Pak. NBA Top Shot, powered by the Flow Blockchain, has also amassed $230,000,000.00 in revenue generated to date.

But beyond the buzz-words, let’s take a look at how NFTs work, and what value it brings to brands. For starters, here are a few new terms you’ll want to add to your vocabulary (from Foundation.App which did a great primer for NFTs):

In an interview with Coindesk TV, photographer and crypto artist, Dave Krugman, said, “Prior to NFTs, the way I’ve been making a living in the past is more of an advertising model, where I built up a big following across social networks and work with brands to monetize the attention that I garner.” However, when it comes to NFTs, Krugman cautioned new artists that they can’t treat this like they would another social platform, like TikTok.

“This is a new technology, a new scaffolding for artists to work with, and I liken NFTs to something more like an artist-collector type relationship. It’s more about building a community and building a relationship online with people you’re sharing your story with through art. This is so much more robust than what we were able to do with social media platforms, and that’s what I’m excited about,” said Krugman.

Having been part of many tech-forward creative collectives, like Street Dreams, Krugman saw the inherent value proposition of NFTs.

“I think what we have to understand with this new paradigm shift is that it reminds me of patronage. You’re collecting or investing in artists like you would in the traditional art world, but we’ve never had that scarcity in digital art until now. With NFTs, you can show that you are a patron of an artist by being a certified owner of a piece of work, showing that you are invested and believe in the artist’s potential and future. It’s less of an internet relationship you had with social media companies where they’re absorbing all of the community capital without artists capturing any of that pie. Now, artists can directly monetize their communities without giving away a lionshare of the value.”

Traditionally, the technology that we use everyday has been built, operated and funded by users — regular people like you and I. But with the rise of Web 3.0 technologies, it won’t be long before these technologies and platforms shift more toward becoming user-owned. Since the dawn of Silicon Valley, startups have popularized employee stock option plans as a way to incentivize and attract talented employees. However, due to legacy infrastructure and limited access to resources, this opportunity wasn’t one that was accessible to everyone. Now, new technologies and innovations have enabled the birth of a generation of platforms that capture and distribute value directly to its community. This cooperative economic model helps better align users with the technologies they use, and in essence, the brands that they now have a hand in building and winning with. With new tools and platforms that unlock near immediate value for artists, businesses, community participants and founders, the last piece to the NFT revolution is real world adoption from leading cultural brands.

How Brands Can Get Involved in NFTs and Collectibles

An arguably easier (albeit much less novel) approach to brand building using blockchain technologies is to tap into the emerging boom of NFT (Non-fungible token) collectibles. The past year has seen the emergence of numerous NFT marketplaces - and this brought with it an explosion in the creation of, and demand for NFTs. The success of digital collectibles has already been shown with NBA Top Shot’s parabolic growth over the past 6 months, and the monumental success of collectibles such as crypto native brands like cryptopunks. We have also seen that success can come from launching playful yet well designed limited edition NFT collectors cards, as we saw with the successful launch of “Crypto Meme cards” which represent iconic individuals from the industry.

With niche collectors and enthusiasts across the spectrum, a better question to ask is what can’t brands do with NFTs? Should Coca-Cola consider how much an original sketch of the first Coca-Cola bottle could be worth if a Coca Cola can with a rare factory error is priced on eBay for $347,000.00?

Should the advertising and creative firm that commissioned the art for the iconic Pan America ads think about tokenizing the originals, which range from $1,000.00 to $2,000.00 per poster on 1stdibs.com?

But beyond sketches and photos, NFTs platforms also offer an entirely new canvas for artists and brands to explore. Async Art, for example, is a platform that can transform physical artwork like these pop-art bank notes by Satoshi Gallery into a multi-dimensional piece where the colors of the bank notes can change based on the daily price fluctuation of the currency.

Appropriately named, Programmable Art, tools like Async allow artists and brands the ability to mint an NFT that includes a set of instructions for how the finished media should be rendered or could be modified via layer tokens that have the ability to change states, positional movement or colors. According to OpenSea, with the advent of programmable art platforms (like Async), "Digital art now has the capability to surpass that of traditional art. Digital art can now be shared between multiple owners who dynamically change it across space and time. A whole new dimension has been opened for the digital realm which has never been possible before."

But that’s not all.

The convergence of technology and culture have never been more apparent. By blending streetwear, gaming, NFT art and crypto-economics, companies like MetaFactory have developed a crowdfunding platform for creators to launch limited editions of custom goods.

Zora is also a marketplace for buying, selling and trading limited-edition goods that aims to bring the industry into a new paradigm of creation and exchange. To date, it has attracted electronic artists like Disclosure and Yaeji to the mix.

If you’re wondering whether or not fashion brands emerged from these new marketplaces, look no further than Saint Fame, which was described by Sydney-based designer, Matthew Vernon, as “more like a subreddit with money than a traditional fashion house.”

And as we all know, a proper hype cycle is never complete without the influencers. Some of the most popular ways that online influencers have transitioned into Web 3.0 include minting their own supply of tokens using TryRoll.com’s infrastructure that would allow fans access to private chat groups, newsletters, exclusive product launches, experiences, and more. Utilizing social tokens, almost every call to action that comes as a standard part of agency campaigns can be monetized and used to incentivize a more active community participation.

Welcome to the metaverse, we’re happy to have you.

We are entering the metaverse, a term used to describe an emerging shared digital space that can exist without interference. This is a new internet driven by value, and it is owned and operated collectively by its users with an emphasis on communal ownership and prosperity.

It is without question that just as brands had to navigate and adapt to a generation of digital natives, the time has now come to begin thinking about how to parlay into becoming a consumer-owned brand.

Chi Zhao is founder and CEO of Hokku PR & Variable X and Mark Streeter is founder of Van Bers Consulting.