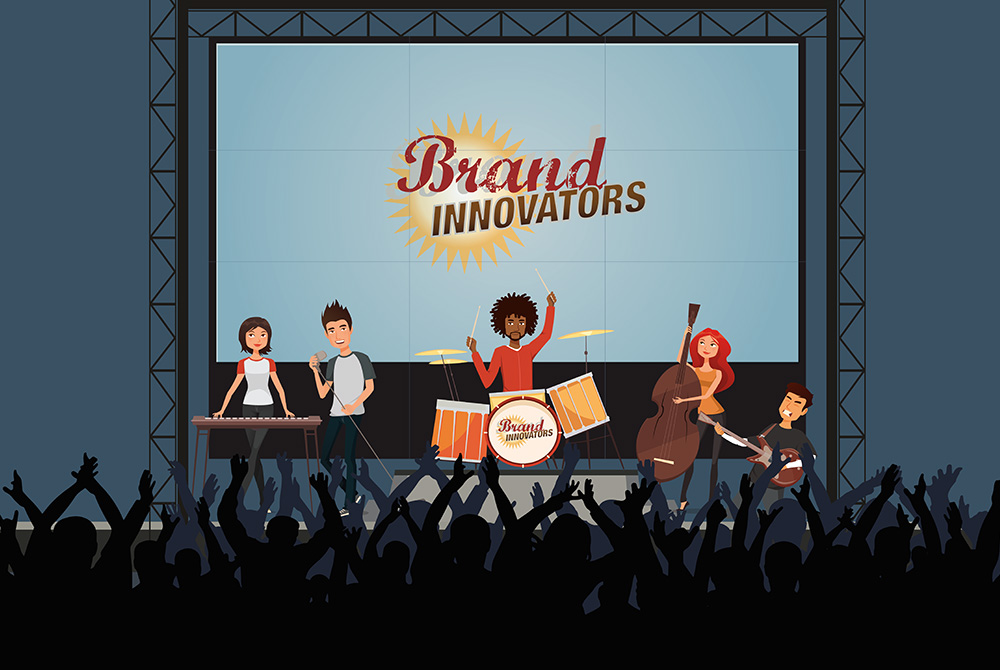 As the music industry braces for the continued effects of COVID-19 and the untold impact it will have on jobs tied to the cancellation of festivals and live events, many brand marketers are stepping up to aid in relief efforts. Whether it’s hosting live-streamed concerts to benefit music-based causes and important causes like Feeding America and the Red Cross, tweaking national ad campaigns in real-time to spread positive messages through new music or giving back to customers by extending free product giveaways, marketers are relying on the connective power of music to help steer their pivots.

Here’s an overview of all the ways brands are giving back, featuring exclusive insights from senior marketers at Bud Light, Fender, Chipotle and Red Light Management.

With concerts on hold for the foreseeable future, live-streaming has quickly become the new norm of the quarantine concern. And many brands who were planning to be a big part of the suddenly postponed-or-canceled summer festival season have jumped in to support both the music and first-responder communities with live-streamed concerts funded by a mix of fees to participating artists and charity donations.

Chipotle was among the first major brands to embrace live-streaming as a means to alleviate quarantine stress when it debuted its Chipotle Together series on March 14. In the past three weeks, the fast-casual chain has hosted intimate online gatherings with major musical talent including Luke Bryan, Kaskade, Portugal. The Man, Lauv and Sasha Sloan, featuring free product giveaways. And on March 26, the company unveiled a second pivot with the announcement of its Chipotle Challenger Series, an esports competition that will include involvement from celebrity athletes as well as DJ Steve Aoki. The winning prize package will include a year’s worth of free Chipotle and $25,000 to donate to COVID-19 relief funds.

“With festivals and events canceled during this unprecedented time, Chipotle Together set out to bring joy to our fans and bridge an online connection via a series of live content, including musical performances,” says Candice Beck, Chipotle’s senior manager of social & digital marketing. “Chipotle Together has been a great opportunity for fans to experience the comfort of live music from their home and interact with their favorite artists in a new virtual environment.”

Levi’s kicked off its 5:01 Live online concert series via Instagram Live on March 24 with acclaimed Colombian-American singer Kali Uchis and has since featured performances from Snoop Dogg and DaniLeigh with dozens more artists on deck in the coming weeks. The series will raise funds for COVID-19 relief efforts, including the MusicCares Coronavirus Relief Fund and the Global Citizen/WHO Solidarity Response. Jennifer Sey, CMO of Global Brands at Levi’s, will discuss the initiative as part of her fireside chat at Brand Innovators’ virtual event How Brands Are Navigating The Coronavirus Crisis this Friday (April 3) from 12:15-5p EDT. You can register for the event HERE.

“At a time when the world is consumed with tough news, Dive Bar Tour: Home Edition has provided consumers with fun and levity all while supporting the charities of our performers’ choice, which has been the American Red Cross, on a scheduled, on-going basis,” says Shana Barry, Bud Light’s director of experiential, noting that the series dovetails with Anheuser-Busch’s recently announced efforts to allocate up to $5 million of its sports & entertainment marketing budget to the American Red Cross. “What’s been awesome is that we’re able to produce all the bells and whistles of our IRL Dive Bar Tours, through surprise artist-friend guests and their new music, and share that in the shows all while bringing fans closer to their favorite artists over a couple of beers.”

And as more and more high-profile summer festivals are impacted by the COVID-19 quarantine, Barry has used the concept as an opportunity to experiment with emerging artist pairings that would have otherwise taken place as part of its sponsorships at festivals like Live Nation’s now-canceled Governors Ball. “We piloted this concept on IG Live, knowing that’s where a ton of the Gen Z & X eyes are,” Barry says. “We’ve always wanted to do a dual Dive Bar performance like the Chelsea Cutler x Jeremy Zucker collaboration show on Friday night, and with the festivals getting canceled left and right, this was the perfect moment for us to bring the show to life.”

Verizon has also made music a big part of its Pay It Forward initiative, a twice-weekly live stream featuring concerts with A-list artists raise money for local businesses every Tuesday and Thursday. Verizon has pledged up to $5 million as part of the program to benefit Local Initiatives Support Corporation (LISC), a non-profit that will provide Verizon-funded grants totaling up to $10,000 for businesses in immediate financial need as a result of COVID-19 shutdowns. Verizon will donate half of the $5 million to local businesses tagged by viewers who tune in to the series on Verizon’s Twitter handle or Yahoo Entertainment.

Matt Ringel, executive vice president at Red Light Management, helped secure artist client Dave Matthews’ participation as Pay It Forward’s debut headliner on March 26, and has also helped pair many of the management firm’s other artists with brands like Chipotle, Bud Light and Harley Davidson to help with relief efforts. “Many industries are struggling right now, but others have sprung into action the last 10 days, finding new ways to message and to help people,” says Ringel. “These partnerships are happening with such focus and speed that calls in the morning turn into shows in the evening.”

Other major fundraisers from the past week include Twitch’s Stream-Aid 2020 benefit concert on March 28, where remote performances from dozens of artists including Mumford & Sons, The Lumineers, Garth Brooks and Diplo helped raise over $2.7 million for the COVID-19 Solidarity Response Fund for WHO powered by the United Nations Foundation. Corporate sponsors Amazon Music, P&G, Gillette and Verizon also contributed to the charitable donations. Fox’s March 29 Fox Presents the iHeart Living Room Concert For America, featuring performances from Mariah Carey, Dave Grohl, Billie Eilish and host Elton John, has raised more than $8 million thus far for Feeding America and the First Responders Children’s Fund, including $1 million in contributions from Fox and P&G.

Outside of the live-stream arena, many endemic music companies are giving back to their communities by lifting paywalls and offering other product giveaways. Even the Fader Fort, the historically invite-only showcase at South By Southwest, has opened up all of its 2020 content to the public as part of a 2-day online festival of exclusive performances dubbed Digital Fort. And with sponsor support from &PIZZA, TRULY Hard Seltzer and Bacardi, The Fader is raising donations and awareness for organizations benefitting those directly by impacted by SXSW’s cancellation, including I Lost My Gig, Banding Together, South By South Best, Stand With Austin and the Central Texas Food Bank.

Fender is one of several instrument companies offering extended free product trials to encourage music education during the pandemic. The guitar maker announced its Fender Play Through initiative on March 20, bringing 90 days of free virtual guitar lessons to up to 100,000 customers. Artist ambassadors like Jimmy Page, Brad Paisley, H.E.R., Brendan Urie and Jeremy Renner jumped in to help spread the word to their respective social media followings. As Fender CMO Evan Jones quickly realized, the initial threshold for the promotion wasn’t nearly enough to meet the demand for quarantine creativity.

“We were all blown away by the response. We saw 100,000 redemptions within the first four days, and the comments on our social channels were overwhelmingly positive,” Jones says. Fender has since extended the promotion to a cap of 500,000 customers. “One week later, we’re already cresting 500,000. Based on the response, we’re probably gonna have to open it up even further. As we look across the landscape, obviously a lot of people are finding themselves at home with kids or trying to cope, and music has always been a great outlet for our brand. If through this we can help people cope or create an outlet to come together, then that is the least we can do.”

Jones is now experimenting with other artist partnership and sponsorship formats to help the music community, including support of Thursday (April 2)’s Uncancelled Music Festival to aid musicians, venues and fans hit by the current crisis. “It’s just a first step for us as we understand what the true impact of coronavirus for the players and consumers we serve,” Jones says. “If this sustains, we want to do our part to help.”

And with quarantine and shelter-in-place guidelines extending into May in certain states, expect more live-stream benefits and innovations in the coming weeks. Though the events are providing a necessary balm for the loss of jobs and community that live music brings, Bud Light’s Barry looks forward to the days when concerts like the Dive Bar Tour can resume in-person. “Livestreaming has quickly unified and equalized all artists around the world. That’s one of the true beauties coming out of this. Though, I don’t expect the rise to remain as sharp once we’ve recovered – there’s simply nothing like enjoying an ice cold Bud Light with some friends at a show or festival. That actual human connection is irreplaceable.”