As chicken wings continue to be scarce as the Super Bowl approaches, there is a potential snacking crisis looming. Hidden Valley Ranch is coming to the rescue with tips to prevent “wing waste.” 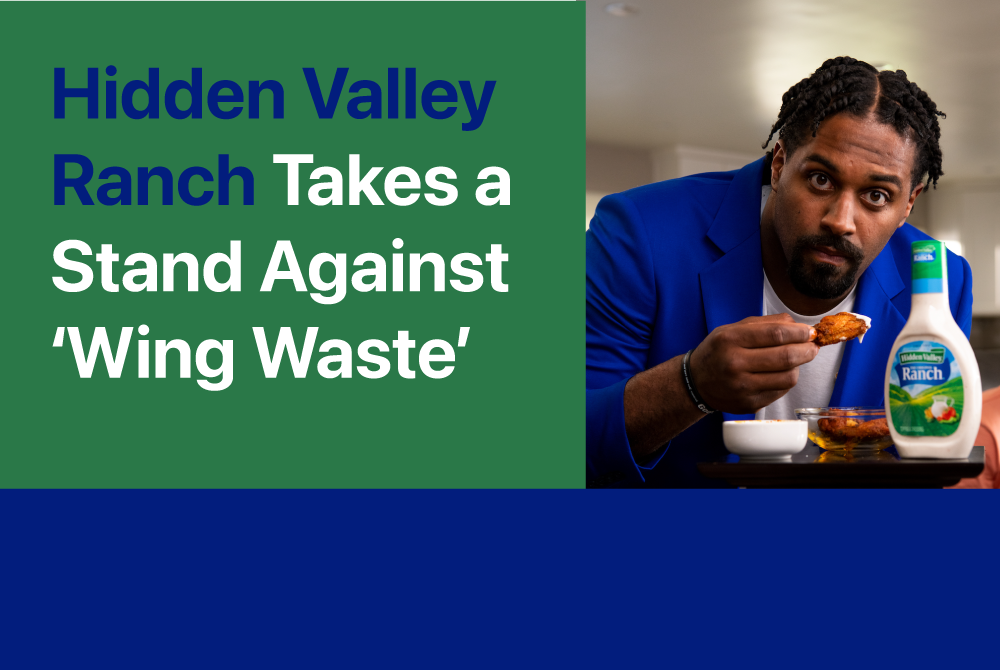 As chicken wings continue to be scarce as the Super Bowl approaches, there is a potential snacking crisis looming. Hidden Valley Ranch is coming to the rescue with tips to prevent “wing waste.”

“This occasion has been on our radar given the vast number of chicken wings eaten (on Super Bowl Sunday) and knowing that ranch is the condiment of choice for many on their buffalo wings,” said Alvaro Andres Heredia, associate brand manager at Hidden Valley Ranch. “We suspect the conversation would be even more relevant this year as we saw prices on the rise due to supply chain and other issues.”

To help, the brand is introducing the “Coalition Against Wing Waste” to ensure everyone gets the most out of their wings. Professional football player and wing connoisseur Cameron Jordan will act as the group’s spokesperson, offering consumption tips such as “The Bone Splitter,” “The Meat Umbrella,” and the “The Dip ‘n’ Bite.”

In a series of videos, Jordan humorously interrupts snackers who are leaving some wings on the table (and the bone). The videos are meant to resemble a serious public service announcement built around an obviously silly topic. One video features Jordan speaking directly to the camera over an emotive soundtrack. “This Sunday, Americans will eat well over a billion wings, yet up to 40% will go uneaten,” Jordan says. He then plugs the Coalition Against Wing Waste with the plea, “Together, we can put a stop to wing waste.”

“Cam Jordan has an engaging personality with a great sense of humor, plus he genuinely loves chicken wings and Hidden Valley Ranch,” Heredia said. “Just like the way he plays the game and galvanizes the locker room, his passion and energy are sure to inspire wing-eating football fans across the country to leave no meat behind at their upcoming watch parties.”

Hidden Valley Ranch will also run a contest encouraging fans to post of video of their own ideas to make the most of their wings with the hashtags #StopWingWaste and #Contest for an opportunity to win a year’s supply of wings, as well as Cam Jordan autographed items or gameday swag.

The program will run in social media such as YouTube, Twitter, Instagram and TikTok in both paid and organic channels. The brand will also share exclusive content and wing recipes through a dedicated section of the company’s website. Though the brand will not have official activations around the Super Bowl, it will engage fans through social channels through game day.