General Mills, Audi, Pfizer, Mondelez International and Volkswagen are among the latest advertisers that have pulled ads on Twitter since Elon Musk purchased the social network. 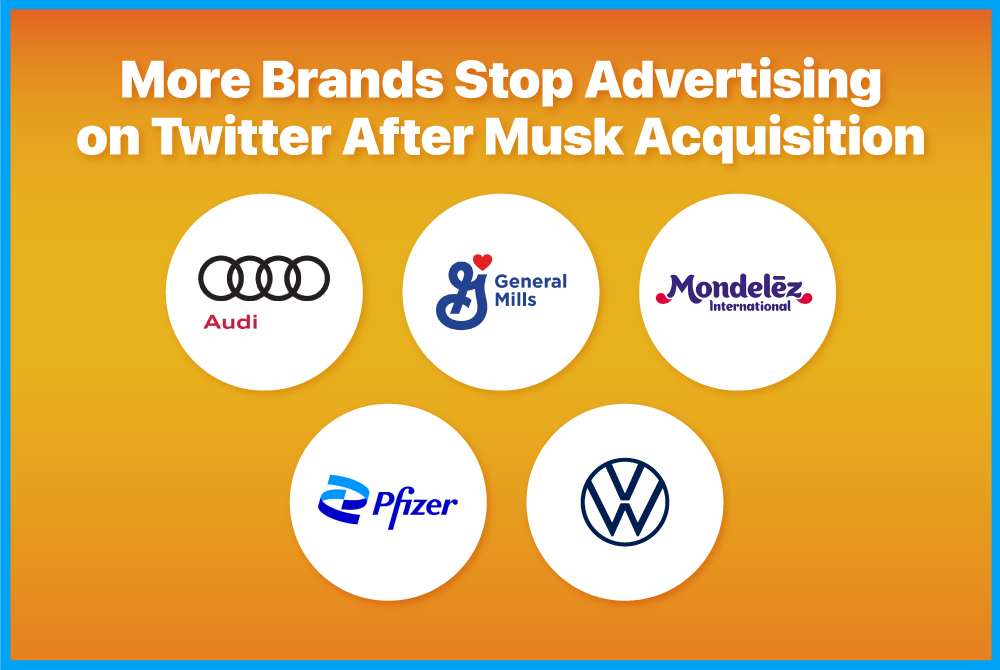 General Mills, Audi, Pfizer, Mondelez International and Volkswagen are among the latest advertisers that have pulled ads on Twitter since Elon Musk purchased the social network, according to a report in The Wall Street Journal.

Advertisers are quitting to avoid the conflict and controversy that could come on the network with Musk at the helm. S4 Capital chairman Martin Sorrell explained at Web Summit in Lisbon this week: “Clients don’t want conflict, they don’t want controversy. They want a stable environment, and what we’ve seen in the last week or so is too much inconsistency.”

“We are engaging with Twitter to understand the direction of the platform under their new ownership. As is normal course of business with a significant change in a media platform, we have temporarily paused our paid advertising,” GM said in a statement shared with CNN Business.

Interpublic Group is also holding a temporary pause on Twitter advertising for its clients, per Morning Brew reports. Other holding companies including WPP and Publicis are reportedly meeting with Twitter to look at the future of advertising on the platform for their clients.

Twitter's advertising revenue was almost $2.18 billion in the first half of the year, up 11.8% from a year earlier. Musk commented on his plans for the site’s advertising in a letter shared on Twitter. “Fundamentally, Twitter aspires to be the more respected advertising platform in the world that strengthens your brand and grows your enterprise,” he wrote in the letter, in which he urged advertisers to “delight, entertain and inform,” users to show “Twitter users advertising that is as relevant as possible to their needs.”

Since Musk has taken control of the company, he has led major layoffs including senior marketing leaders CCO, Sarah Personette, CMO, Leslie Burland and Jean-Philippe Maheu, VP of global client solutions, per The Wall Street Journal.