General Mills is celebrating the 50th anniversary of its monster-themed cereals with the debut of a new “Monster Mash” campaign. 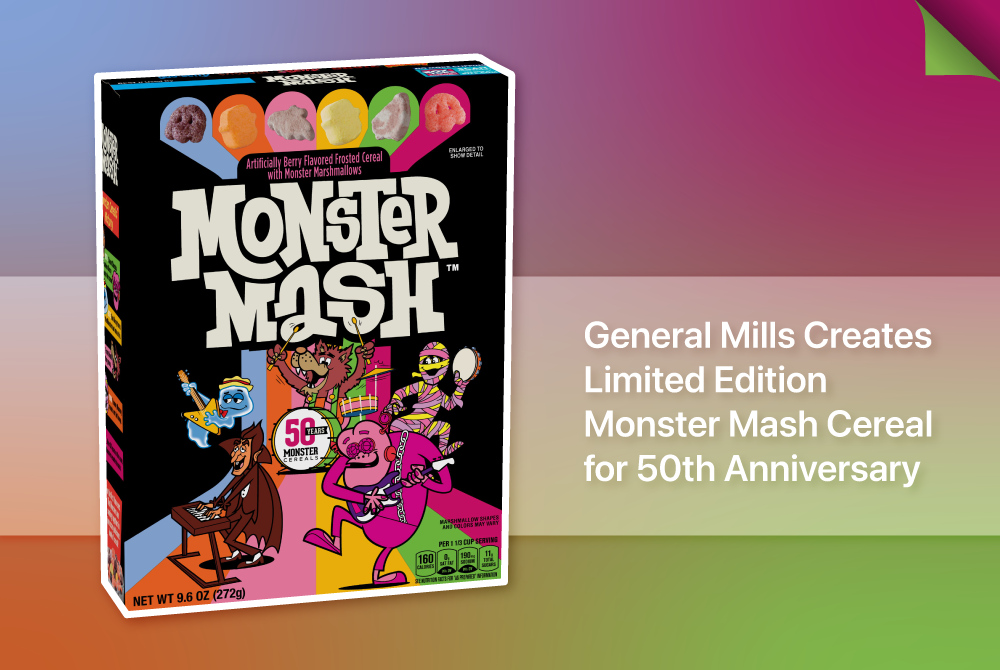 General Mills is celebrating the 50th anniversary of its monster-themed cereals with the debut of a new “Monster Mash” campaign.

The CPG company is bringing together the iconic characters Boo Berry, Franken Berry, Count Chocula, Yummy Mummy and Frute Brute to form a supergroup that performs the Halloween classic  “Monster Mash.” The cereal characters will be mashed up for the first time in a limited edition cereal box, which drops just in time for Halloween.

“We wanted to celebrate the 50th anniversary of Monster Cereals in a big way, so for the first time in over seven years, all five monsters are back in market,” said Mindy Murray, senior marketing manager at General Mills. “Monster Cereal has etched a place in pop culture with a cult fan following that spans generations. That’s why we knew we needed to lean on culture to tell the unique history of the brand through the Monster Mash Cereal, Monster Mash song remake, and Monster Mash documentary featuring Travis Barker. People may be quite surprised to know he’s a longtime friend of the Monster gang!”

To promote the new product, General Mills has kicked off a new campaign, which includes a new behind-the-scenes style music documentary. The characters are inspired by vintage cartoons and old horror movies - the source of inspiration for the original cereal boxes when Monster Cereals debuted in 1971 with the introduction of Count Chocula and Franken Berry.

“First and foremost, we wanted to reach the Monster Cereal super fans that anticipate the cereal arrival every season and have been loyal for decades through throwback packaging on our seasonal Monster Cereals,” Murray said. “The Monster Mash Cereal is a first-of-its-kind, and the packaging reflects the same retro Monster character designs with the classic crew all together as they jam to The Mash.”

“Our Monster Cereals have been a special tradition since the fall of 1971. At the time of their debut, Count Chocula and Franken Berry were the only chocolate- and strawberry-flavored cereals on the market,” Murray condition.” Just a year later, we introduced Boo Berry, the first blueberry-flavored cereal, as well as fruit-flavored cereals, Yummy Mummy and Frute Brute, shortly thereafter. We’re continuing to offer fans something different with the limited-edition, Monster Mash cereal, featuring all five Monster Cereals in one bowl. Through product, music, video and merch, this anniversary celebration tells an all-encompassing story behind the history of these iconic characters and pop culture icons in the 21st century.”