Global freelance marketplace Fiverr has been promoting remote working long before the pandemic. Their ad latest campaign push aims to expand their brand awareness to small businesses and freelancers who are looking to adapt to the new demands of a world at home. 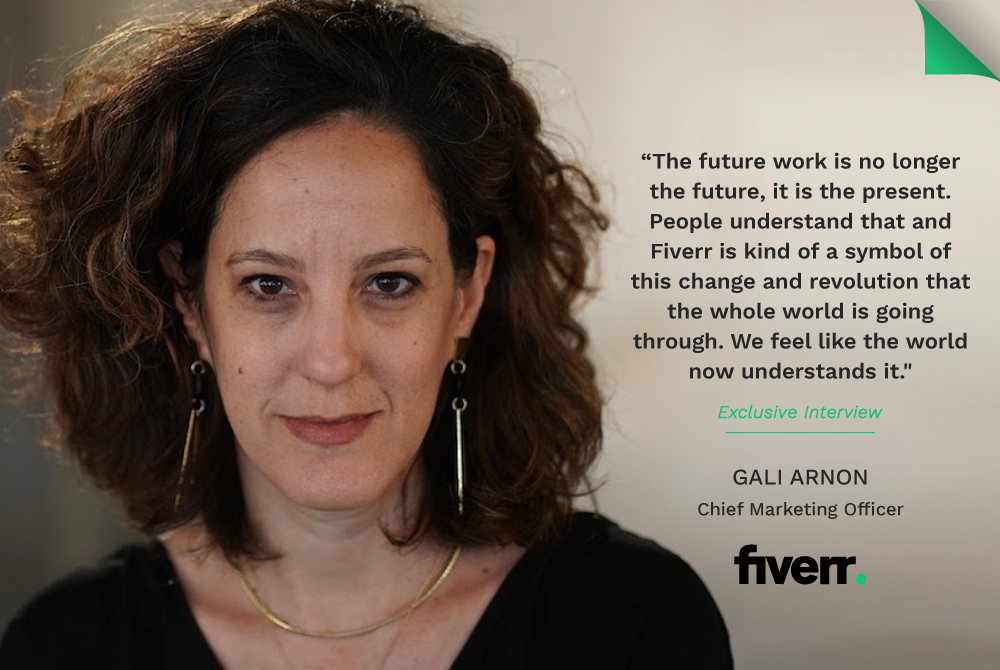 Global freelance marketplace Fiverr has been promoting remote working long before the pandemic. Their ad latest campaign push aims to expand their brand awareness to small businesses and freelancers who are looking to adapt to the new demands of a world at home.

The “It Starts Here” effort tells the stories of how Fiverr community members including a hydroponic farm, a pizzeria chain (that also operates as a community center) and an antique store are transforming their businesses this year by tapping Fiverr’s global freelance network.

“The strategy behind it is to champion the journey that different small businesses around the world are going through right now with the pandemic and its impact globally all over the world,” says Gali Arnon, CMO of Fiverr. “Those businesses need to adapt to change and hopefully not only to survive but to thrive and succeed.”

Many small businesses, especially those that operate offline brick-and-mortar stores like mom-and-pop shops, are finding that they need to quickly adapt to the new world by building or enhancing their presence online. “This campaign is about putting those businesses in the center and showing how Fiverr can be a true resource and a destination to help them move, shift and transform their business in those difficult and challenging times,” Arnon comments.

Fiverr began as a small freelance networking site 10 years ago, but in recent years has grown into a global network with a presence in more than 190 countries around the globe with 400 categories of digital services. Last year, they went public and have expanded their marketing platform.

The company has always focused on its championing and celebrating freelancers and  entrepreneurship, which has stayed with the company even as it has grown. Since their IPO, the site has become more global, which means that they are no longer only predominantly a US dominant brand. In response, they have launched their website in additional languages and have been localizing their messages and products to the different markets they serve.

Their vision of a world beyond 9-5 in the same office has been part of the company DNA since the beginning. “We believed that the future of work was going to be remote work, people working with freelancers, people working in their own hours from anywhere at any time,” Arnon says.

“I think what the pandemic did to all of us was to accelerate this process massively,” she continues.  “The future work is no longer the future, it is the present. People understand that and Fiverr is kind of a symbol of this change and revolution that the whole world is going through. We feel like the world now understands it. Fiverr was in the right place at the right time. Becoming a global public company gave us the credibility to be at the forefront of this revolution.”

So when COVID-19 demands for remote working became the global workplace conversation, Fiverr was ready. They offered their expertise by creating content and data for a mini site called The Shift –this shift from offline to online. The site hosts tips, webinars and events on how to deal with the pandemic for both new freelancers looking for work and businesses looking to go digital.

The new ad campaign is the next step as Fiverr aims to tell this story to businesses around the globe. Rather than writing a script, the company decided to take a more authentic approach and asked the three businesses featured in the ad to tell their own unique story in a documentary style in order to give an authentic view of the challenges and triumphs of brick and mortar businesses. Each story reveals how the company used Fiverr to adapt to digital.

“They are all extremely different and the owners come from different disciplines but they all share the same challenges,” says Arnon. “They all suddenly found themselves in front of a completely new reality and in order to keep on surviving and to keep their business alive, they needed to transform and to shift. Every business has their own story but they all have stories about determination and resilience.”

The campaign is running across video streaming platforms and social channels, as well as through national television ads. The strategy marks a shift away from out-of-home (OOH) campaigns for the company.

“With the pandemic, we realized that since there are not many people out there in the streets anymore in different countries, we shifted away from out of home media to TV, podcasts and other channels that are more digital in nature and more relevant to the fact that people are staying longer times at home at the moment,” says Arnon.

The company worked with a UK-based agency called Koto, who had previously worked with big brands including Airbnb and Fiverr was impressed by their work. The companies started working together in March with plans to meet up in person at Fiverr’s Tel Aviv and New York offices. Like most global plans, the pandemic shut down their original idea and instead the companies had to collaborate on Zoom.

Part of that collaboration is a new visual brand identity with a new logo, a broadened color palette and two new typeface typographic systems that were designed to show the company’s transformation.

“It is not a rebrand but an evolution,” explains Arnon. “It keeps the main values that we had as a brand, first and foremost, our community and their creativity and energy, adding new colors and a new logo.”

As the company looks to the future, they plan to expand their catalog and services, as well as their target audience. “We want to be synonymous with digital transformation,” Arnon says. “In the very near future, we will have solutions for bigger teams and bigger businesses as well.”