For Crown Royal’s second year as the whisky sponsor of the NFL, the brand is partnering with Uber Eats to help those who might be the busiest during the season: delivery drivers. 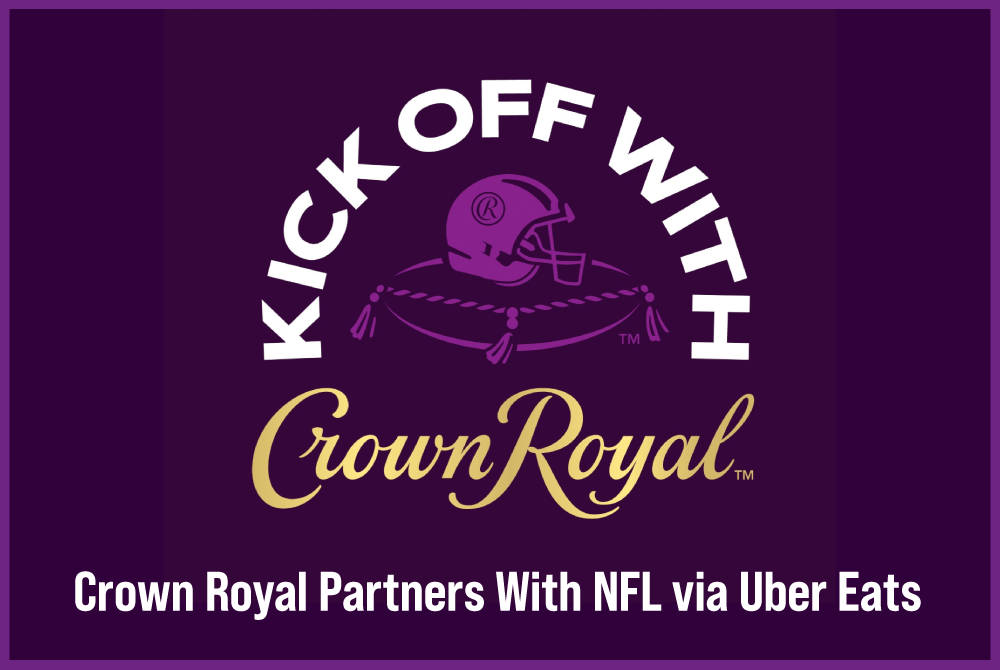 For Crown Royal’s second year as the whisky sponsor of the NFL, the brand is partnering with Uber Eats to help those who might be the busiest during the season: delivery drivers.

Throughout the season, the Canadian brand will match customer tips – up to $5 – made to drivers in seven markets during the hour before kickoff every Sunday. The funds – up to $500,000 – will come out of the brand’s Crown Royal Generosity Fund, which is dedicated to supporting hospitality workers and veterans.

To generate enthusiasm for the initiative, Crown Royal enlisted former NFL player Ed Reed to distribute tickets to drivers for their favorite teams’ season-opening games. A video supporting the effort depicts Reed surprising a driver, who is already shocked to be delivering to the football legend, with tickets to a season opener.

“We're excited to enter year two of 'Kickoff with Crown Royal' and extend our partnership with the NFL who shares in our mission of giving back and inspiring generosity,” said Nicky Heckles, vice president of Crown Royal, in a statement. “This season, we're proud to partner with Uber Eats and give back directly to the delivery drivers who work tirelessly to make gameday happen.”

Last year, its first as an NFL sponsor, Crown Royal launched “Kickoff with Crown Royal,” which included a $1 million commitment to more than 20 local and national nonprofits supporting communities in need. In addition, it supported the “Crown Royal Water Break” campaign, distributing more than 6,000 bottles of water on game days to encourage responsible drinking. The brand also continued its “Purple Bag Project,” which included filling and distributing purple bags with necessities for veterans and their families.