Molson Coors will not be running a TV spot during the Super Bowl next week, but the brand hopes to inspire consumers to drink Coors on game day by dreaming about the beer. 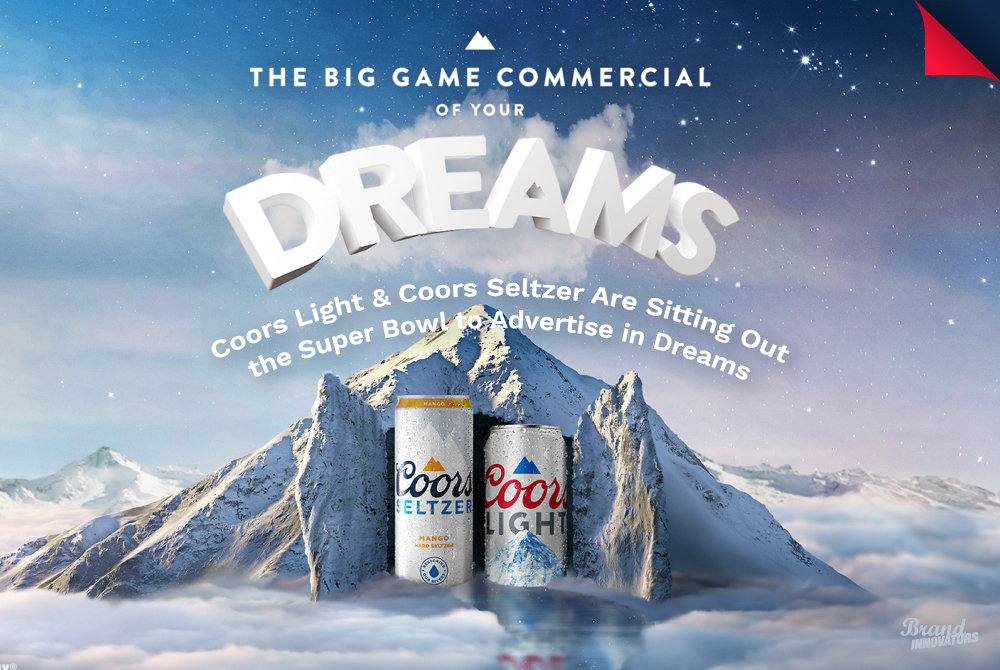 Molson Coors will not be running a TV spot during the Super Bowl next week, but the brand hopes to inspire consumers to drink Coors on game day by dreaming about the beer.

The company has enlisted Deirdre Barrett, assistant professor of psychology at Harvard University’s Department of Psychiatry and author of the book Pandemic Dreams, for a campaign that will let willing consumers experience a Coors ad in their dreams. Barrett stars in a documentary teaser about how watching an ad before you go to sleep can impact your dreams.

“At first it seemed very unusual, to say the least,” said Marcelo Pascoa, VP of Marketing, Coors, Global & North America at Molson Coors Beverage Company. “The first question that we had was, ‘Is this something that we can do for real?’ We didn’t know if there was any science at all that could back this up. That’s when the agency introduced us to Dr. Barrett, who is so respected in her field of researching dreams. Hearing from her that we could actually do this, that was the moment we decided this was the perfect opportunity for us and we had to do it.”

This week, Coors dropped the video documentary explaining the dream research by showing footage of people who participated in a test for the project. “The big goal is for us to potentially get people’s participation and make this the largest dream study ever,” Pascoa said. “Anyone can participate from the comfort of their homes, and more specifically, from the comfort of their own beds.”

On February 3rd, Coors will drop a stimulus film that consumers are encouraged to watch before they go to bed. “We are basically telling people to watch the video three times, and then go to sleep,” Pascoa said. “The whole experience is an hour long. There is not only the video, but also a soundscape which will play throughout the night as you are sleeping and will help you dream up our Super Bowl commercial, but more importantly, it will help you wake up feeling refreshed.”

“We want people to go through the dream experience on the night before the game,” he continued. “After the game, we will be interested in igniting a conversation about how the experience was for different people and what they dreamt about. Anyone who has the dream and wants to participate in the conversation online can use #CoorsBigGameDream.”

Coors explains in the teaser video that Budweiser’s exclusive contract with the NFL is the reason they choose to take a unique approach to the Super Bowl this year. However, they also questioned if buying a big TV ad on game day is still worth it.

“We recognize that the Super Bowl is very important for brands. It’s a time of the year when people pay a lot of attention to advertising,” Pascoa said. “We really get that feeling that advertising has been elevated to entertainment, and we wanted to be a part of it. But, as you know, we cannot be inside the Super Bowl. Honestly, we also had a discussion about whether being in the Super Bowl, even if we could be, in a very traditional way would make sense for Coors.”

“Coors is all about being chill, giving people a moment to relax and refresh themselves,” Pascoa continued. “When you think about the Super Bowl, it’s really not a chill experience at all. It’s mostly a huge collection of brands trying to scream as loud as they can, packing as many explosions as they can into one spot. It’s not really a chill experience. The idea was, ‘Can we participate in the Super Bowl conversation in a really meaningful way, but also in a way that makes sense for our brand?’ That’s where we came up with the idea to run a commercial in people’s dreams.”

Coors will run some TV ads in the lead up to game day and will also be telling the story on its website and social media channels. “The Coors family of brands is all about refreshment,” Pascoa said. “We want to offer refreshment, not only within the beer, but beyond. Right now, people are not feeling particularly refreshed, including in their dreams. We are about refreshment of the body and the spirit. If we can get people to wake up with that refreshed feeling, we are doing our job in terms of advancing our brand strategy.”