Carhartt, Metallica Team to Find Next Generation of Tradespeople

This Labor Day, Carhartt, maker of durable workplace clothing, and Metallica, maker of head-smashing heavy metal music, are taking a page from that old playbook to recruit the next generation of skilled workers. And yes, the campaign includes a want ad (sort of). 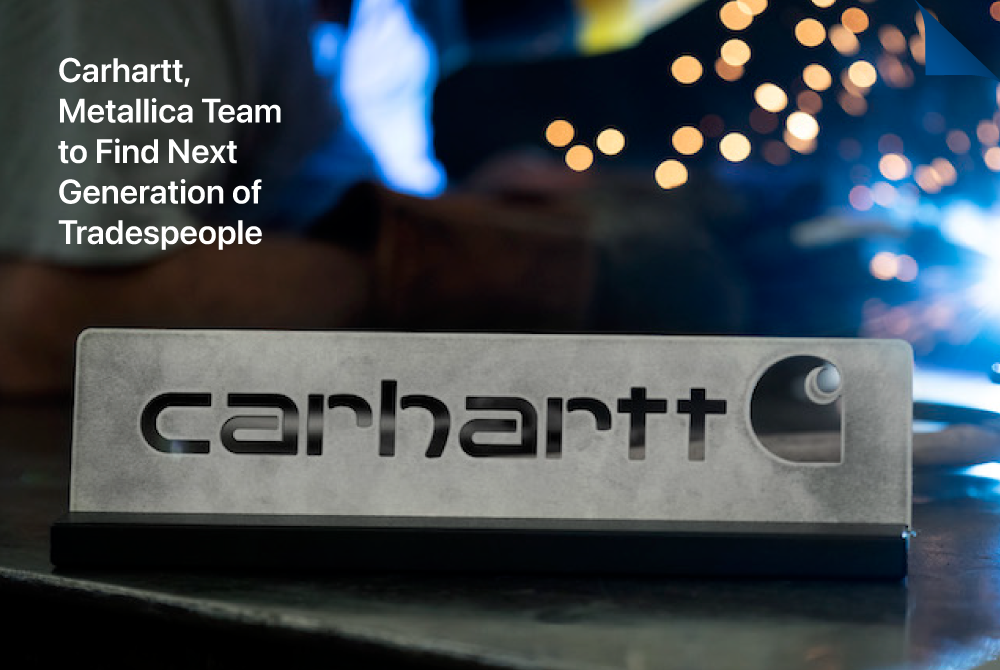 Once upon a time, the way people found work and the way musicians found bands were very similar: They looked in the want ads.

This Labor Day, Carhartt, maker of durable workplace clothing, and Metallica, maker of head-smashing heavy metal music, are taking a page from that old playbook to recruit the next generation of skilled workers. And yes, the campaign includes a want ad (sort of).

The partnership is a confluence of Carhartt’s and Metallica’s interests. The live events industry, which was heavily affected by the pandemic, needs skilled tradespeople to construct stages, wire lighting sets, and perform other jobs. Many of those tradespeople wear Carhartt apparel. The band and the brand want to ensure the next generation of tradespeople is ready to go.

“There is a need right now for these workers as the country at large and the live events industry faces a major skilled labor shortage, creating a timely opportunity to draw attention to this dire need and provide educational opportunities to fill the gap,” said Jennifer Sopko, director of integrated media for Carhartt, in response to e-mailed questions. “Partnering with Metallica gives us an opportunity to combine our shared values.”

The campaign, which launched ahead of the Labor Day weekend, centers around a “want ad” similar to the one Metallica drummer Lars Ulrich placed in 1981 to form Metallica. “Rock Band Looking to Build the Skilled Workforce of the Future,” reads the headline over a photo of the band. (Ulrich’s original ad read: “Drummer looking for other metal musicians to jam with.”) The Carhartt ad directs consumers to check out Metallica’s All Within My Hands foundation, which supports workforce education, the fight against hunger, and other critical local services.

Appropriately, the brand is targeting a young, diverse demographic that it calls “NextGen Doers,” Sopko said. “They are either entering the workforce or just joined the workforce but may not have found their calling yet,” Sopko said. “Overall, this campaign is for anyone who's interested in exploring a career in the skilled trades – whether you’re right out of high school looking for a first step or changing careers looking for a new step.”

In addition to the want ad, Carhartt has created a video, “Hard Rock is Hard Work,” that shows all of the skilled trade jobs that are required to build a stage and mount a tour. Workers in the video were recruited through classified ads in major newspapers across the United States, offering a chance to attend a stage-building workshop.

“Behind every concert we play and song that we sing, there’s a symphony of carpenters, electricians, laborers, welders, truckers, mechanics, painters, and much more who make it all happen,” says Metallica guitarist and singer James Hetfield in the video. “But we need more of you.”

“Following that, [we] continued to discuss additional ways to work with each other,” Sopko said. “Labor Day is a very important holiday for Carhartt, and considering the shared vision of supporting workforce education, this was a perfect opportunity.”