Brands Vying for Super Bowl’s Glow on Other Channels

Brands sit out the big game to explore Super Bowl activations on TikTok, the metaverse and in the sports betting universe. 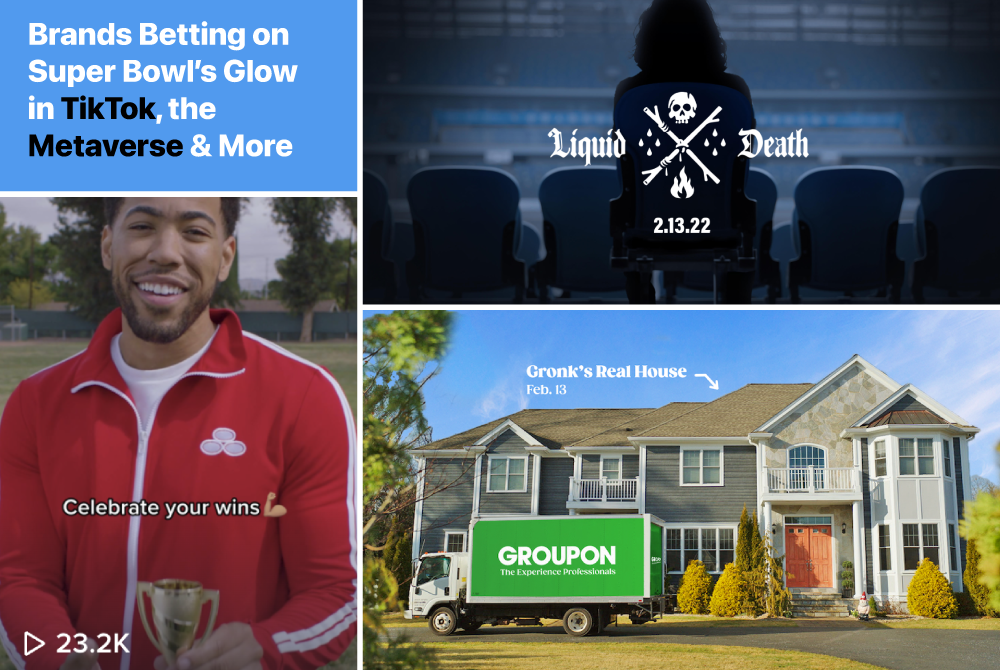 Who needs the game? At $6.5million for 30 seconds of airtime, brands are finding alternate ways to activate around Super Bowl LVI that don’t involve advertising during the game.

Popular canned water brand Liquid Death has placed a $50,000 bet on the underdog team (whoever that may be) to win the game. The brand justified the stunt as a way to showcase its own underdog status and pledged to donate 50% of any winnings to “help kill plastic pollution.”

To hedge its bet, the company is also sending a “professional witch” to the game with a mandate to use her craft to affect the outcome of the game. The sorceress will cast spells to induce fumbles, interceptions and improbable fourth-down stops.

“The Super Bowl is the biggest day for advertisers and the biggest day for sports betting,” said Andy Pearson, vice president of creative at Liquid Death. “Lots of brands spend millions of dollars to advertise during the Super Bowl because it’s such a big part of American culture. However, no brand has actually put their money on the line with a sports bet on the game. And we definitely have not seen anyone send a witch into the stadium with the intention of actually throwing the game.”

With AB InBev maintaining its status as the game’s exclusive beer and hard seltzer advertiser, Molson Coors’ Miller Lite has turned to be metaverse. The brand will be setting up a virtual bar where consumers can gather and watch the game together – though physically separated. The metaverse bar will also include an advertisement for Miller Lite that will not be shown during the game’s broadcast.

Meanwhile, State Farm, which debuted as a Super Bowl advertiser last year, is opting out of the game in favor of a presence on TikTok. Throughout the NFL playoffs, the company has been running the #TeamStateFarm TikTok challenge, in which consumers are encouraged to showcase their unique talents through a video submission through the platform. The winning creator will have their own role in an upcoming State Farm commercial.

The brand will not be entirely quiet during Super Bowl Sunday, however. On February 13, the brand will post the top three entrants on its brand spokesman’s TikTok feed and give consumers the chance to vote on a winner.

Similarly, Groupon, which aired a controversial spot on the Super Bowl in 2011, is also sitting out the game and is instead launching a sweepstakes giving consumers a chance to party at the Massachusetts home of Tampa Bay Buccaneers tight end Rob Gronkowski. The company will fly the grand-prize winner and up to 15 friends to Boston and cover two nights of hotel accommodation and transportation. (Gronk is not expected to be in attendance, but, the Bucs aren’t playing that day, so anything could be possible.)