What place does humanity still hold in an increasingly data-driven marketing world? And how can brands still grab attention against a cluttered content backdrop? These were among the profound questions asked last week as Brand Innovators came calling at the world’s largest beverage company. 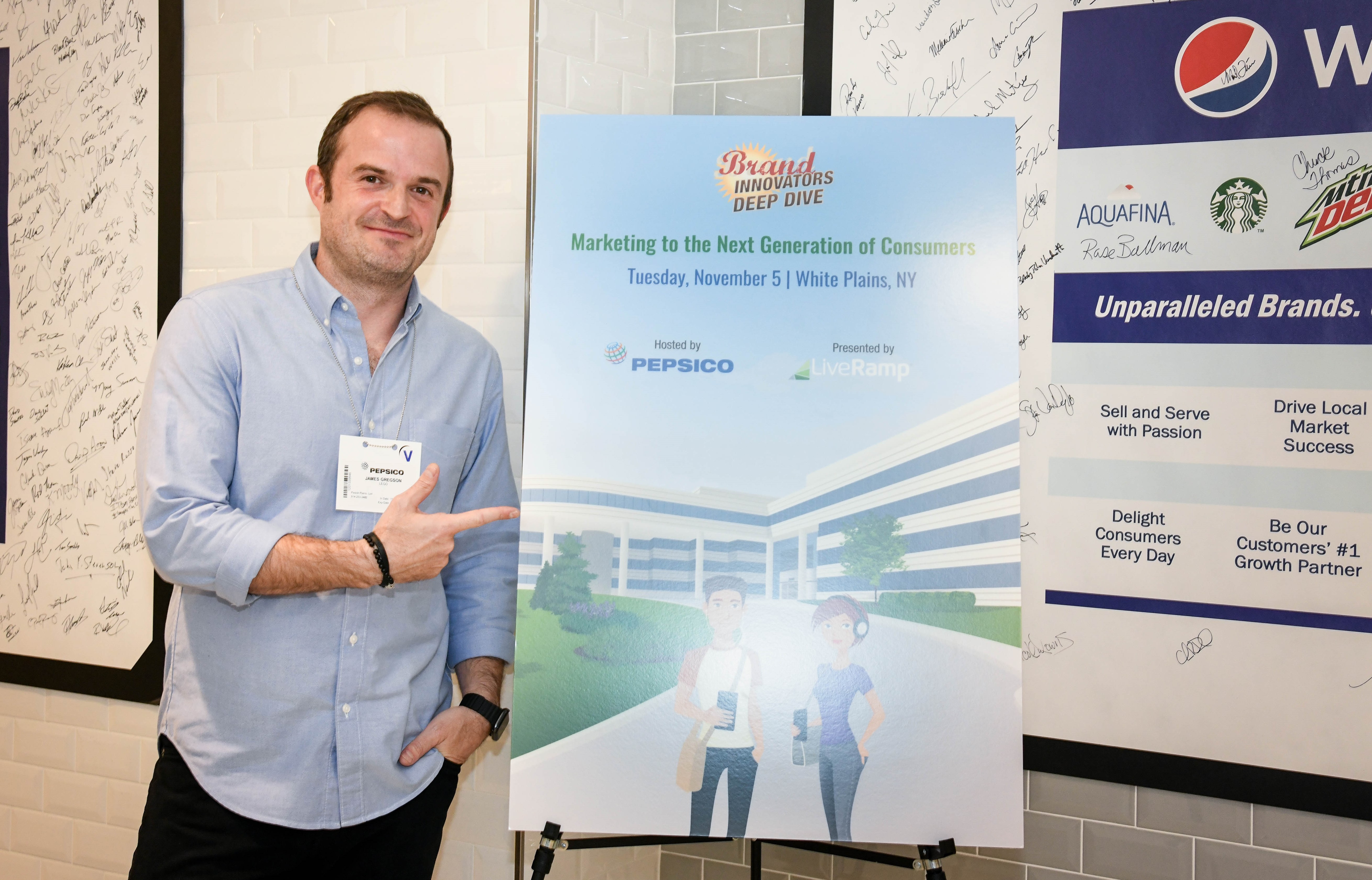 What place does humanity still hold in an increasingly data-driven marketing world? And how can brands still grab attention against a cluttered content backdrop? These were among the profound questions asked last week as Brand Innovators came calling at the world’s largest beverage company.

PepsiCo was kind enough to host a BI Marketing Innovation Summit for the second year running inside their impressive Westchester, New York headquarters. The event was sponsored by our friends at LiveRamp.

Emcee Kristen O’Toole (Pepsi’s Shopper Marketing Manager-Tea & Coffee) kicked things off with some remarks about the “attention economy,” i.e., attention as a commodity in short supply. (By now we’ve all seen that stat comparing humans to goldfish.) O’Toole made the case that the challenge brands face here is becoming more acute over time. This became a recurring theme throughout the day as multiple speakers made references to how important it is for brands to present themselves compellingly enough to cut through all the clutter.

PepsiCo VP-Marketing Nicole Portwood delivered a passionate keynote that sought to find a balance between all-important data and the people it’s meant to serve. She urged the audience to “think like a person, not a marketer.”

“We think of data as unlocking so much potential to personalize messages and push people further down the funnel and it absolutely can do that,” she said. “But there are people at the center of all of those little points of data. We forget them at our peril.”

Portwood cited Tito’s, Glossier and Patagonia as brands who are doing it the right way–that is, heavily leveraging data to provide experiences that makes customers feel like unique individuals instead of part of a herd.

“Use the data, use the tech,” Portwood opined. “But most importantly, keep the humanity. In your interactions with people and in your brand planning. We are all here because of the connections we make with people so let’s act like it.”

The day’s central panel welcomed marketers from four brands for a discussion centered on TV, video and the future of media. Thanks to our panelists–Jeff Giacchetti, US Digital Marketing & Media Lead, Laundry & Home Care for Henkel; Paul Gelb, Head of Social & Programmatic for Bayer; Katie Hannify, Head of Media Strategy & Investment, Pepsi Beverages North America for PepsiCo; and Anna Papadopoulos, VP Media & Sponsorships for Prudential Financial–for giving the audience a taste of how OTT and programmatic will define the future.

We were thrilled to welcome James Gregson, Head of Social Studio at The LEGO Group, for his keynote on “Building Social Equity Brick By Brick.” (See what he did there?) Gregson leads a team inside LEGO’s internal creative agency that is made up of digital content strategists, creative designers, producers and video editors. He outlined how LEGO built a fun and engaging social media presence over the past decade while stressing the power of embracing disruption. He also shared LEGO’s mantra: “We want to be the best at adapting to, predicting & driving change across the digital landscape.”

James Gregson of The Lego Group

“A lot of people mistake a challenger brand for being a ‘challenged’ brand,” Kaplan said. “A challenger brand is more about a mindset. It’s the idea of trying to disrupt convention and having a strong point of view.” Kaplan’s comments were well-taken, particularly in light of that earlier “attention economy” conversation. If there’s ever been a time for brands to justify taking chances with their creative, it’s right now.

Thanks again to PepsiCo NA for hosting us. To learn more about this and other Brand innovators events, go here.