Brands Explore the Boundaries of Creativity at Cannes Lions

Flight cancellations and lost bags could not keep advertising industry executives from flocking to Cannes this week. The industry descended upon the Croisette for the first time since 2019 and the energy was alive. 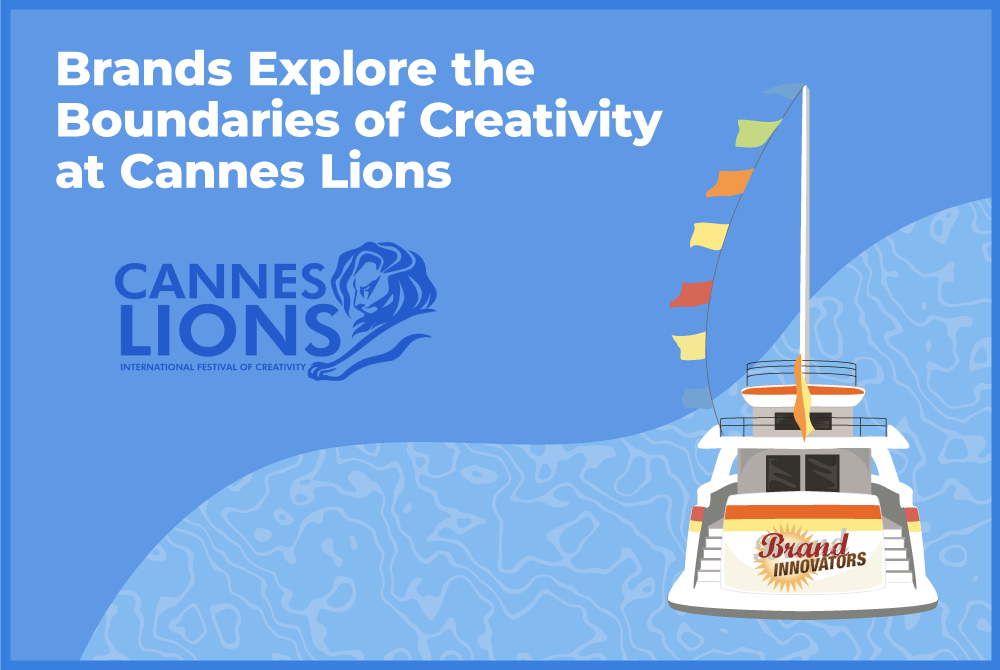 Flight cancellations and lost bags could not keep advertising industry executives from flocking to Cannes this week. The industry descended upon the Croisette for the first time since 2019 and the energy was alive.

All of the usual suspects were there. Amazon built a port to celebrate the launch of its $30 billion advertising business. Spotify, Google, Twitter and Pinterest were among those who hosted beaches along the Croisette. Nielsen, The Wall Street Journal and Teads were among the row of yachts where executives rubbed elbows over champagne and spoke about the future of the metaverse and NFTs. Paris Hilton was around town promoting her plan to be “Queen of the Metaverse.” Kendrick Lamar, Nas, LCD Soundsystem and Post Malone put on big shows.

Sir Martin Sorrell questioned crypto and if Cannes is the way to behave in light of a pending recession and a war in the Ukraine. But chess icon Garry Kasparov kicked off the event talking about the power advertising executives have in helping keep public attention on Putin to help end the war in the Ukraine.

Underneath all of the flash and glitz was the core question of what brought everybody to Cannes Lions. What does creativity mean today and how can brands use the power of creativity to help change the world? Pepsi CMO Todd Kaplan said to him the event was really about these discussions around creativity.

Executives mulled on the very power of how their budgets could be used to be more intentional about creating actual change in the world that goes beyond paying lip service and actually helps make the world more equitable and inclusive. Group Black, a new Black-owned media collective, was on hand to educate brands on how they can diversify their ad spend by offering tools to make it easier to buy ads in Black-owned media sites including Essense and Black Girls Eat. Women from leading brands including Twitter, UGG, ABInBev and Roku stressed sponsorship, not just mentorship in a panel on our stage. NFL CMO Tim Ellis talked about the importance of taking a stand.

Fashion brand Diesel, for instance, has created documentary-style ads like Francesca to tell the personal stories of people in the LGBTQ+ community. Durex created a queer sexual health toolkit. Target partnered with Vice Media to sponsor a documentary on the trans community.

United marked Juneteenth by taking a group of school children on their first-ever flight – taking off in Houston and passing by the site where the last slaves were told they were free, two years after slavery had ended, near Galveston. The campaign was dreamed up by agency partners ConCreates, an agency created by formerly and currently incarcerated individuals to productively harness their creativity.

Inspired by the Idris Alba quote, “Everyone has talent, but not everyone is given the opportunity,” Indeed partnered with Emmy Award-winning writer, creator and actor Lena Waithe and her company Hillman Grad Productions to create ‘Rising Voices, an initiative which showcases the power of how jobs change our world. The goal is to help shift biases in hiring and give underserved populations a better chance at a great career.

The Grand Prix went to 'Speaking in Color’, for Sherwin-Williams Coil Coatings by Wunderman Thompson Minneapolis. The Hope Reef for Mars Petcare by AMV BBDO, London in the Media Lions took a second Grand Prix, as did 'The Breakaway: The First Ecycling Team for Prisoners' for Decathalon in the PR Lions and The Unfiltered History Tour’ for Vice Media took a third Grand Prix in the Social & Influencer Lions.

As executives fly home, the key question is how can brands inspire each other to continue to push boundaries and have an impact in an unstable world.