Brand Leaders at Cannes Discuss the Challenges of DEI

It almost goes without saying that Diversity, Equity & Inclusion (DEI) in marketing and advertising may be one of the most important issues the industry currently faces. And – as a result – it should go without saying that the subject will be a hot topic at this year’s Cannes Creativity Festival. 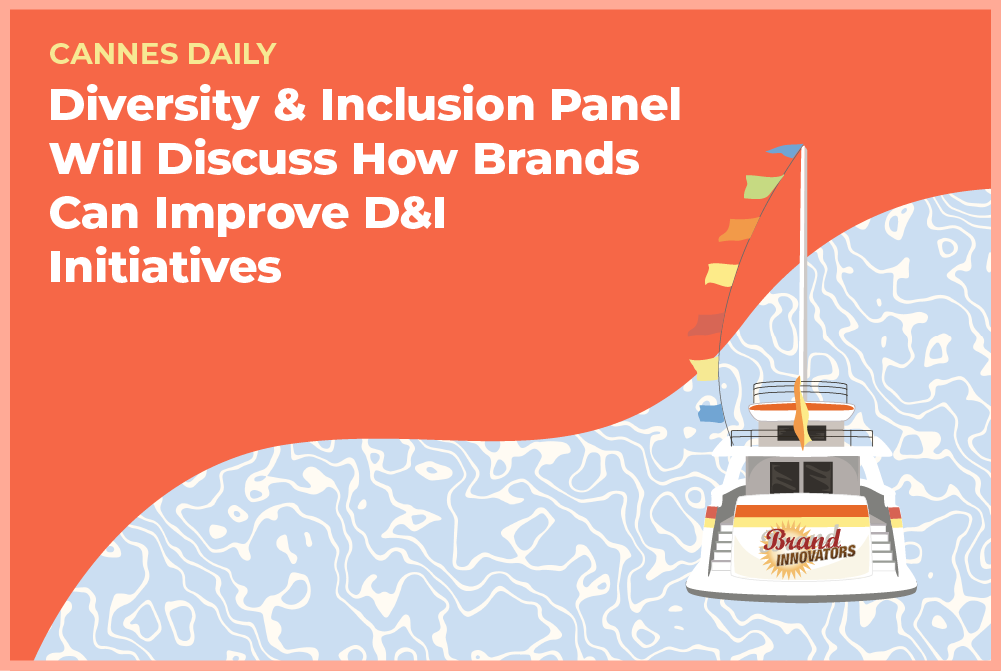 It almost goes without saying that Diversity, Equity & Inclusion (DEI) in marketing and advertising may be one of the most important issues the industry currently faces. And – as a result – it should go without saying that the subject will be a hot topic at this year’s Cannes Creativity Festival.

Though the marketing sector outscored all other industries when it comes to diversity (64%, compared 60% for the health and pharmaceutical industry, which was the next highest sector), in a survey the World Federation of Advertisers (WFA) and Kantar conducted on the subject last year, problems remain. For instance, 27% of marketing industry respondents said their company does not treat all employees fairly regardless of family status. A similar number indicated the same for age.

The industry also struggles with closing the pay gap, particularly in the United States and Canada. In the U.S. the gap between women to men as industry starters was 13%, while in Canada, it was 20%.

Similarly, ethnic minorities scored lower on questions asking whether they felt like they belonged at their companies in nearly all markets. In the U.S., 17% said they have faced discrimination based on their racial background. And, as a result of discrimination and/or the lack of inclusion at their companies, 17% of all respondents said they were likely to leave their current company, and 15% said they would leave the industry altogether.

Though no one expects to solve the issue through one panel discussion, participants are hoping that they can move the discussion forward a bit by providing insights from their own experiences across an array of brands and sectors.

“The place that I hope can be useful to others is what we've done in terms of using data and Inside-Out communications on diversity, equity and inclusion,” said Liz Caselli-Mechael. “We really take a different look towards how we bring data into those communications and to challenge our own comfort level with what we're willing to share externally.”

For instance, Nestle a few years ago implemented a gender-neutral paid parental leave policy, offering up to six months of leave for a primary caregiver. (“In the U.S. it’s a real differentiator,” she said.) After the first year of the program, Nestle released full data on how much it was being used, its impact on retention and health care costs in relation to maternal anxiety and depression.

“It was a new mindset for us to say, we actually want to give the playbook to making this true for more companies,” she said. “We don't want it to be a differentiator anymore, we want it to be quite common. And so let's share the holistic case, let pair that data within the human stories of people whose lives had really been impacted by it, so that folks can see both sides, and that we can really encourage more businesses to take this kind of step.”

Since that program, the company has launched similar transparent initiatives on gender pay equity and pay equity for underrepresented racial minorities in the U.S. “We're not at Nirvana,” she said. “We have not gotten to silver bullet; we haven't solved pipeline challenges; we don't have equal representation by level, but [these] are some of the things we're trying to do in those areas,” Caselli-Mechael said.

Owning up to one’s own corporate shortcomings is an important first step, noted Beam Suntory’s Jerry Daykin (who is also a WFA Diversity Ambassador). “It's something that I think shows we have a little of fundamental skin in the game,” he said. “These won't be quick fixes, but that if we can show the willingness to be transparent, that builds credibility.”

Daykin said he is looking forward to speaking about how thinking holistically about the marketing process can unlock truly inclusive creative outputs. That means thinking about DEI at the brief and insights stage, rather than adding in an element of diversity at the end.

“We’re increasingly hearing that DEI is a marketing priority both internally and in terms of the advertising we put out into the world - but on the latter especially brands aren’t always sure where to start or how to avoid the pitfalls,” he said. “It’s critical we start moving the conversation on from why DEI is important to exactly how we deliver it and realize the opportunities it brings for our businesses and our consumers.”

Finally, marketers need to acknowledge and demonstrate a respect for the cultures they are represented, said Twitter’s Beverly Johnson. “Our messaging, experiences and creative work are more effective and inclusive when we lean into those healthy observations and conversations around culture,” she said. “The ability to recognize and accept the customs and cultures of others with respect bodes well for consumers, brands, marketers and users.  [And,] it generally delivers on relevance and authenticity.”