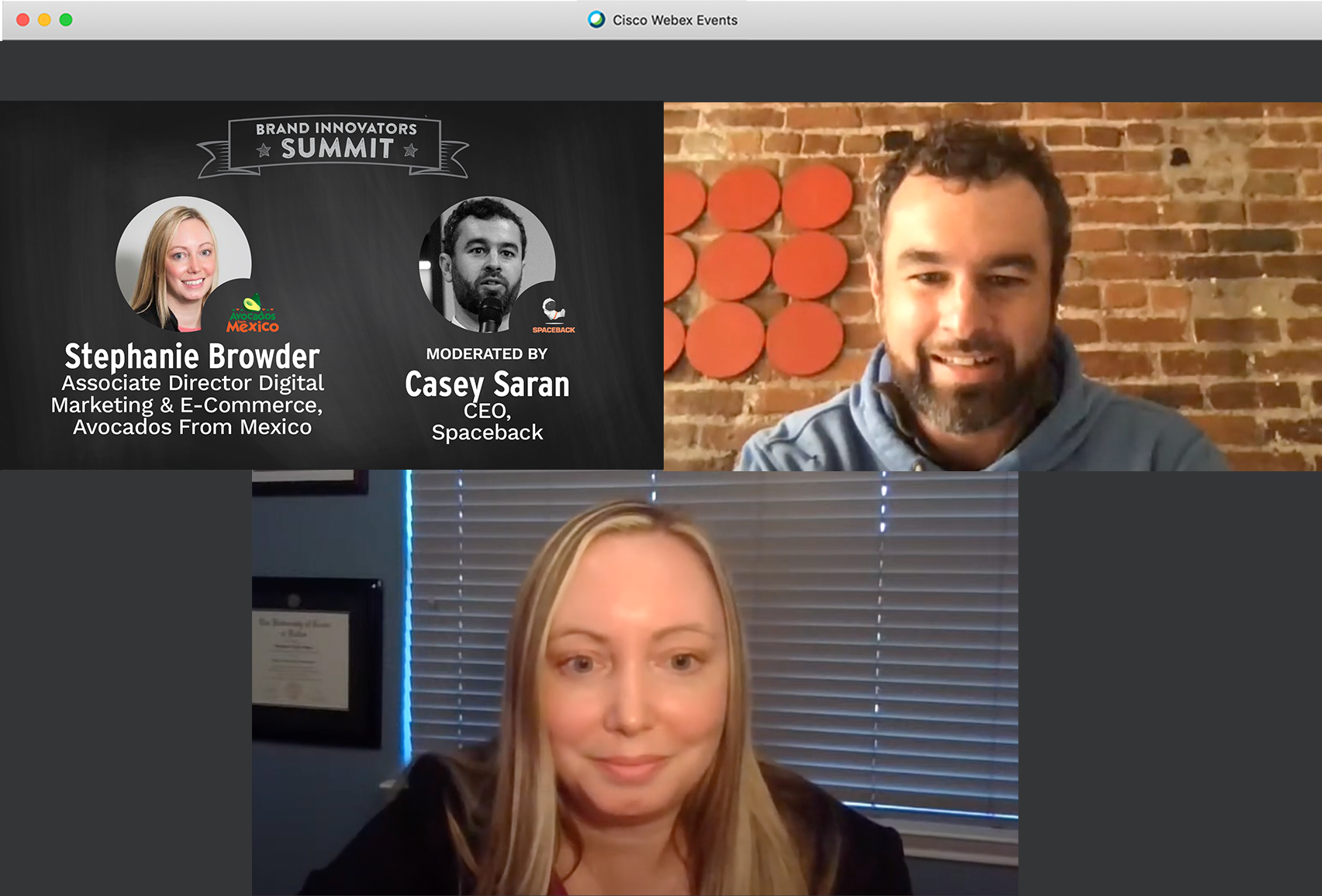 The fact that professional communities are still thriving is a marker of the event space’s successful transition to digital. A few weeks ago, I contributed a piece to the Brand Innovators blog to share tips on how to effectively network during a pandemic, and today, I’m following up to share a success story from our own community.

I first connected with Stephanie Browder, Associate Director at Avocados From Mexico, on November 9, 2020. Stephanie and I were scheduled for a fireside chat on Marketing Innovation at Brand Innovators Livecast the next day, so we scheduled an intro call to get to know each other a bit before the event. I was sure the event was going to go well because, in addition to being a total marketing and e-commerce expert, Stephanie was full of fun facts about Avocados (did you know that avocados are a berry!?!?). The conversation felt natural, so we opted for a less scripted approach for our fireside chat.

During the live session, Stephanie and I touched on the importance of two-way communication in digital marketing. I learned that Avocados From Mexico was creating a lot of relationship-driven content - they even set up an Avocados University! - so when I followed up with Stephanie after the event to see if she would be interested in learning more about Spaceback, it felt like an authentic and natural extension of our fireside chat. After a successful test of our technology at the end of 2020, Stephanie decided to include Spaceback in one of their most important activations of the year: the Super Bowl.

The pandemic led to a seismic shift in how consumers engage with brands in real and reel life, and Avocados From Mexico was one of a handful of brands that decided to revisit their approach to Super Bowl marketing. Unlike the last 6 years, where they had produced highly entertaining, star-studded TV spots around the big game, Avocados From Mexico, this year fully leveraged digital media to get in front of their target customers.

A major aspect of this all-digital activation was social media. Avocados From Mexico created content across Instagram, Facebook, Twitter, and other social platforms, to encourage users to join the conversation for a chance to win $1,000,000! One Twitter post, in particular, was generating a lot of engagement. Avocados From Mexico used Spaceback’s platform to convert this post into a traditional display ad, leveraging the social engagements to attract more attention across all environments.

This activation received an engagement rate of 0.89%, almost 25% higher than the industry average engagement rate. At a time when banner blindness has led to a steep decline in CTRs from 12% in 1997 to lower than 0.35% in 2019, Avocados From Mexico’s Super Bowl activation with Spaceback showed 151.52% higher CTR than traditional display ads.

The partnership between Spaceback and Avocados From Mexico, once again, proves that while in-person events help in networking over a handshake or a coffee break, even virtual events can enable business networking. This story is evidence that when done right, networking at virtual events can still be very effective! That said, I’m still longing for the day to celebrate our successful partnership with Stephanie in person.