In the tenth installment of our 2021 outlook series, Brand Innovators talks to marketing executives from across categories to talk to them about how they expect their brands to be involved with eSports and Gaming next year. 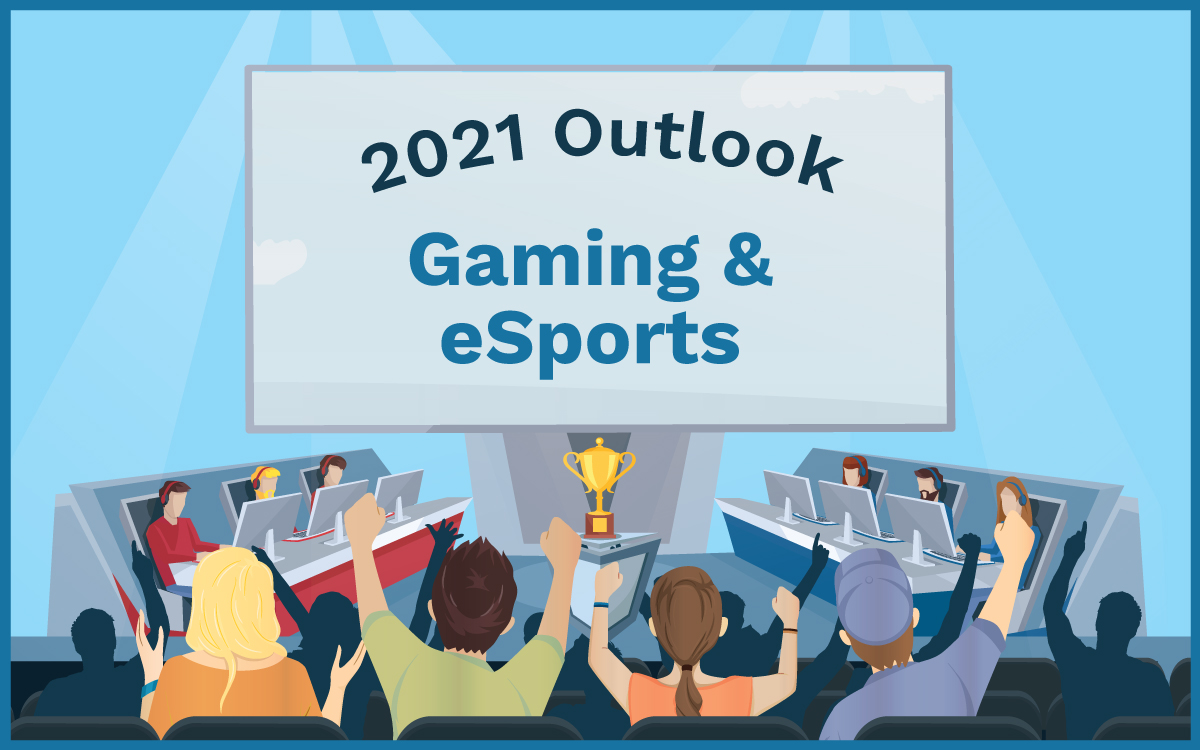 eSports and gaming took off during the pandemic as consumers turned to video games and esports competitions for entertainment while spending time at home. In 2021, expect brands to study these channels more closely to understand how to make the most effective investments.

“The explosion of all things digital during the global pandemic led many a conversation starter to center on how brands can and should be partnering with eGaming,” says Kieran Foley, Head of Partnerships, Brand, and Strategy at Danone.

But as Foley points out, the rising trend in consumer engagement has led brands to rush into the channel and this demand is not always met with focus and strategy.

“2021 will be the time when brands start to get smarter and more focused on how they develop into gaming – and that we all become educated in the difference between eGaming and eSports,” he says. “The pandemic has brought a heightened focus on this as brands have really started to understand the what why and how of our programming in this ecosystem in a lot more sophistication than ever before.”

Bolstered by a year of cancelled in-person sports and events, bored consumers stuck at home have been turning to eSports and gaming for fun, entertainment and socializing. Brands, who have shifted their marketing budgets from big in-person sporting events and are looking to capture that consumer attention, will likely dig deeper and get smarter about these channels next year.

“In the long run I think it will benefit as we start to see smarter moves in 2021 from brands, and more brands programming where they get the greatest bang for their buck – so expect change,” Foley says.

Chris Davis, Chief Marketing Officer & SVP Merchandising at New Balance also expects more refinement in eSports. “A few years ago, eSports was not dissimilar to the Wild Wild West. We are now starting to see which investments are the most sound, we will have more clarity and governance around eSports at large,” he points out.

Chipotle is one of those brands that is seeing the benefits of being involved with eSports. “The eSports community has embraced Chipotle for years and we’ll continue investing in this space because we know our fans respond well to it,” said Stephanie Perdue, Vice President of Brand Marketing at Chipotle. “The Chipotle Challenger Series is one of the premier competitions in the sport so we’ll definitely be bringing that back, giving amateur gamers the chance to compete against pro gamers, top athletes and celebrities.”

Even as vaccines will likely lead to the return of  in-person sports in 2021, eSports are not expected to go anywhere. “I think we're going to see a continued convergence of traditional sports and eSports, where the lines between the two become further blurred,” says Ryan Eckel, brand president of Tracksmith. “The circumstances of 2020 sparked the creation of events like the 'Virtual Tour de France’ – which had professional cyclists racing each other on Zwift, a virtual training platform that allows riders to compete head-to-head – as well as numerous virtual running events that enabled people to compete with runners around the world with the assistance of GPS and a web-based platform.”

“The general premise that athletes can physically compete head-to-head with anyone in the world without having to leave one's house or town is really exciting and something that I think will continue even in a post-vaccine world,” he concludes.

The gaming sector is expected to reach $174.9 billion in 2020, up 20 percent from 2019, per Newzoo. Activision Blizzard is one of the world’s largest gaming companies offering consumers interactive gaming experiences with games like: Call of Duty, Crash Bandicoot, Guitar Hero, Tony Hawk's, World of Warcraft, Star, Overwatch, and Candy Crush Saga. The company’s third quarter 2020 revenues have increased 26%, up to $5.7 billion from $4.5 billion year-over-year. 2021 promises to be another healthy year for the company as new consoles and game releases will help maintain consumer engagement.

“The convergence of key factors – new-generation console and games releases, the maturation of professional eSports, increased digital consumption, and continued uncertainty of the pandemic – will mean interconnectivity between eSports and the games upon which they are based will be more critical than ever in 2021,” says Johanna Faries, Head of Leagues at Activision Blizzard Esports. “We enter the second season of Call of Duty League, for example, with a laser focus on making the experience for our players and fans both seamless and additive, between the game you play and the esports you watch.”

“2020 was a challenging year, but it showcased how eSports can uniquely lean into its amazing fanbase that is digital-first and social-native,” adds Kristin Connelly, Sr. Director Marketing, Overwatch & Call of Duty Leagues, Activision Blizzard eSports. “In 2021, I see the digital fan engagement fostered by the broadcast, social platforms, content creation, and community-created groups only expanding in innovation and deepening in offerings. As we gear up for the 2021 seasons with the Call of Duty League and Overwatch League, we are looking to do just that and continue to bring epic entertainment to fans around the world.”

Jack Harari, Vice President, Global Partner Development at Activision Blizzard Esports expects to see more innovative brand activations and campaigns in 2021.”Our DNA is digital, so we have an ability to work closely with brands to bring to life their marketing ideas in ways that can’t exist in sports that occur on a field or a court,” Harari says.”Whether that be brand activations literally in-game, part of the YouTube broadcast, custom social content, or access to IP, next year will have so much creativity in the way our partners engage with our fans.”