Ally Bank has kicked off a new campaign that aims to shine the spotlight beyond the Tokyo Olympics and onto emerging athletes who are still in training and pursuing their dream careers as athletes. 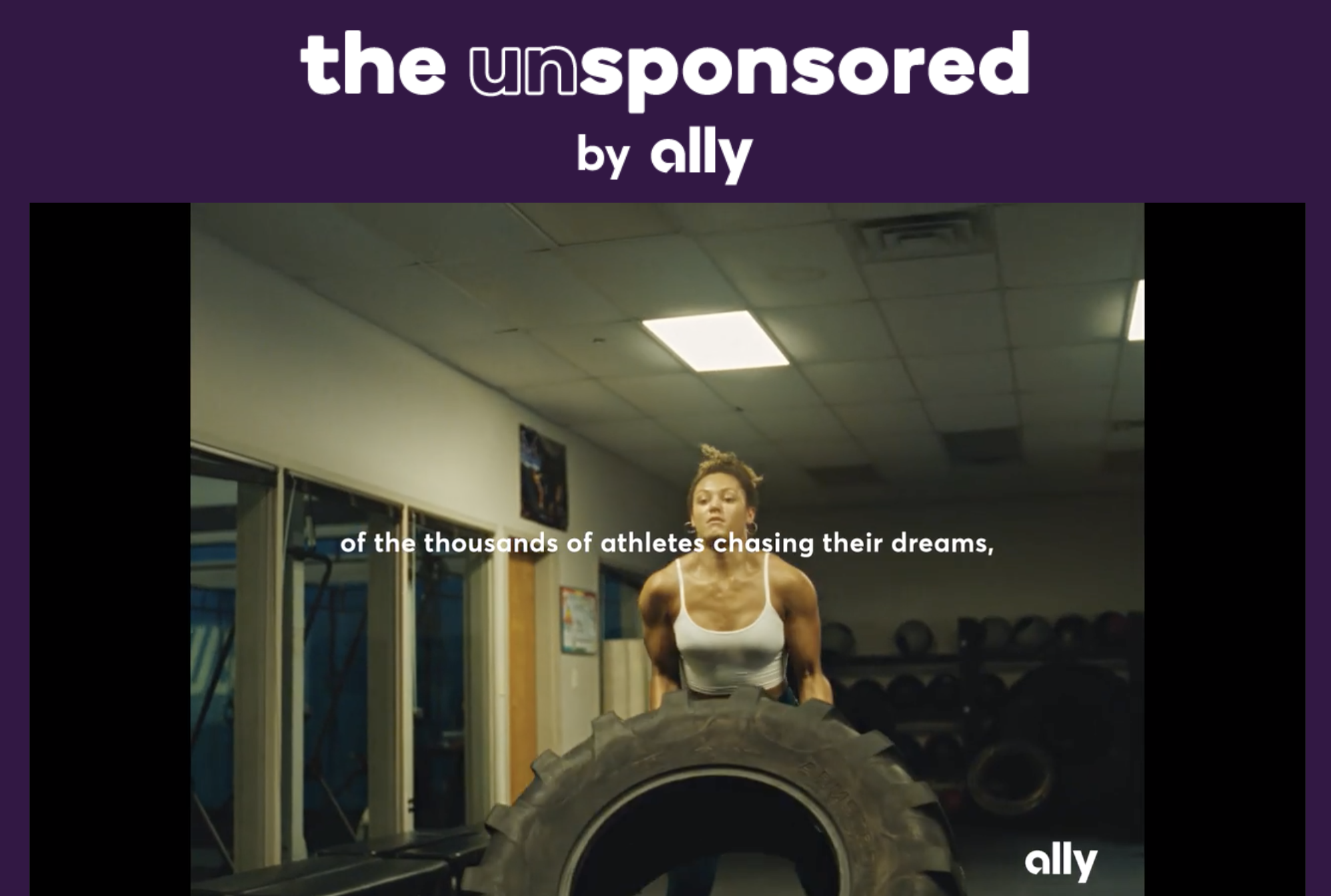 Ally Bank has kicked off a new campaign that aims to shine the spotlight beyond the Tokyo Olympics and onto emerging athletes who are still in training and pursuing their dream careers as athletes.

#The Unsponsored campaign consists of a series of user generated content pieces from multiple unsponsored athletes across numerous platforms, as well as 30- and 60-second film spots to highlight the journey of three unsponsored athletes’ as they train to reach the top echelon of their sport.

“We’re bringing the stories of the unseen and the unsponsored to the forefront, because we want others to recognize the bravery and tenacity of these athletes – even when they have little financial support, they just don’t give up,” said Andrea Brimmer, CMO of Ally Bank.

The cross channel campaign was created in partnership with Anomaly and MediaCom, and will run across multiple channels. The campaign includes social and digital user-generated content of unsponsored athletes, that will be pushed out as 30- and 60- second documentary style videos on the brand’s YouTube channel, as well as social media takeovers on Reddit and the Bleacher Report. Additionally, a national TV commercial will run on NBC – the network airing The Olympics – and Hulu. The unsponsored athletes include: weightlifter Ceara Gray, cyclist Joshua Hartman and marathoner Sarah Seller.

“An event like the games often brings people from all walks of life together – and we see this campaign resonating with not just one of two groups of people, but with most,” said Brimmer. “Our goal is to shift some attention beyond Tokyo to offer support for the undeterred elite athletes still training and pursuing their dreams, the vast majority of whom do so without any financial assistance. Our hope is that this message ultimately starts a movement to help the athletes who need it the most: the unsponsored.”

As part of the effort, Ally is committing $250,000 in funding to help support these unsponsored athletes in accomplishing their goals by helping to finance training equipment, coaching fees, and living expenses.

“The funding will enable these unsponsored athletes to pay for essentials such as training equipment, competition fees, and basic life necessities,” explained Brimmer. “We’re bringing the stories of these athletes to the forefront, and by offering our support, we hope others will follow suit.”

The campaign supports Ally’s brand pillars to be an ally. “Being an ally is part of who we are and why we were created,” said Brimmer. “It’s not only in our name, it's in our DNA and what we have always been about.  We work to see the unseen, examine the art of the possible, fix what is broken, and be a true ally to the unsupported. At this cultural moment when so many eyes are on our elite athletes, nothing is more powerful than watching them be allies to each other and recognizing how we are all better off when we have an ally in our corner.”

“We understand that the road to the main stage is hard and expensive, and depending on the sport, it can cost these athletes tens of thousands of dollars to pursue their dreams,” she continued. “We want to shine a light on that sacrifice in a way that makes sense for our brand as an ally when it comes to helping people with their money.”

Behind the Brand: Carter’s