After a Year Filled with Questions, TurboTax Offers Some Answers

After a year of furloughs, layoffs, and working-from-home, consumers may have more questions than usual about the tax implications of all the adjustments they made during 2020. As a result, TurboTax, an online tax preparation service, highlights the expertise of the company’s live tax experts in its latest marketing campaign. Cathleen Ryan, vice president of marketing at TurboTax, talks about the work. 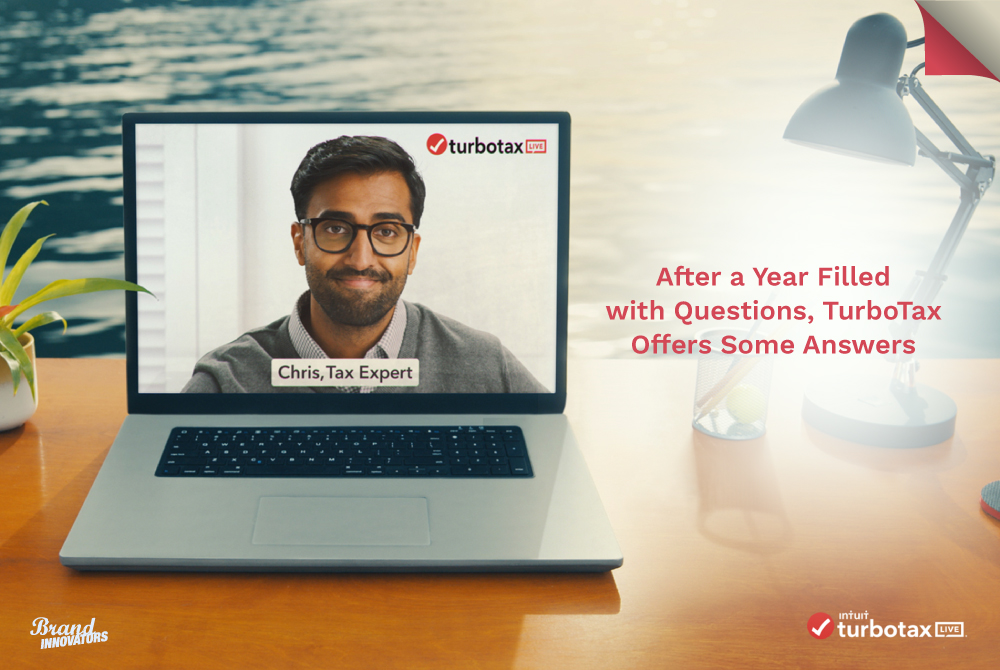 After a year of furloughs, layoffs, and working-from-home, consumers may have more questions than usual about the tax implications of all the adjustments they made during 2020.

As a result, TurboTax, an online tax preparation service, highlights the expertise of the company’s live tax experts in its latest marketing campaign.

“This year has been one of financial hardships and uncertainty, and people are going to have a lot of questions,” said Cathleen Ryan, vice president of marketing at TurboTax. “The campaign highlights that TurboTax has the tools, guidance, and expert advice to help customers feel confident and supported, whatever their unique situation.”

Built around the line, “Straight to You,” commercials launching this week depict TurboTax experts offering advice and answering questions. In one spot, a couple wonders aloud what they’re going to do now that their children have gone off to college. “What you’ll do is claim a tuition tax credit for him, which I can help file,” the preparer says, depicted as a talking head on a laptop on a desk rolls in and out of the frame. The desk and laptop roll into other scenes, suggesting a photographer can deduct props, and a freelancer can deduct wifi services. The talking laptop and rolling desk motif continue through all of the campaign’s commercials.

“The campaign brings to life the expertise and network of tax experts in an upbeat and engaging fun way, reinforcing that TurboTax has as much or as little expertise as customers need,” Ryan said. “‘Straight To You’ highlights how TurboTax is uniquely positioned to help customers regardless of the complexity of their tax situation, and that the brand has the expertise to help them file with confidence.”

The new “Straight to You” campaign is a bit of a pivot from last year’s effort, “All People Are Tax People.” That campaign’s memorable Super Bowl commercial depicted people spontaneously dancing as they completed their taxes and earned their refunds. Though they present different messages, both campaigns “share similar DNA” by giving people confidence that they can prepare their own taxes, even if they have a few more questions this year, Ryan said.

“In ‘All People Are Tax People,”  the message was that with a little help, anyone can confidently file their taxes,” she said. “This is the evolution of that message, which focuses on the role of tax experts in bolstering their confidence.”

In addition to seven total video commercials –five in English and two in Spanish– the new “Straight to You” campaign will also include digital and social elements and will culminate with a spot during this year’s Super Bowl. In addition to the Super Bowl spot, TurboTax will have a heavy presence during the NFL Playoffs. The company will serve as the presenting sponsor of the NFL’s Divisional and Championship Games. Intuit, TurboTax’s parent company, recently announced it would extend its agreement as the league’s official sponsor for financial and accounting software and tax preparation services through 2022, Ryan said.

“As one of the largest advertisers in the country during tax season, TurboTax typically has a narrow window of opportunity -- around 13 weeks -- to influence a broad swath of people,” Ryan said. “We invest in marquee media moments, along with engaging digital environments to ensure we connect with our customers (during this short timeframe).”