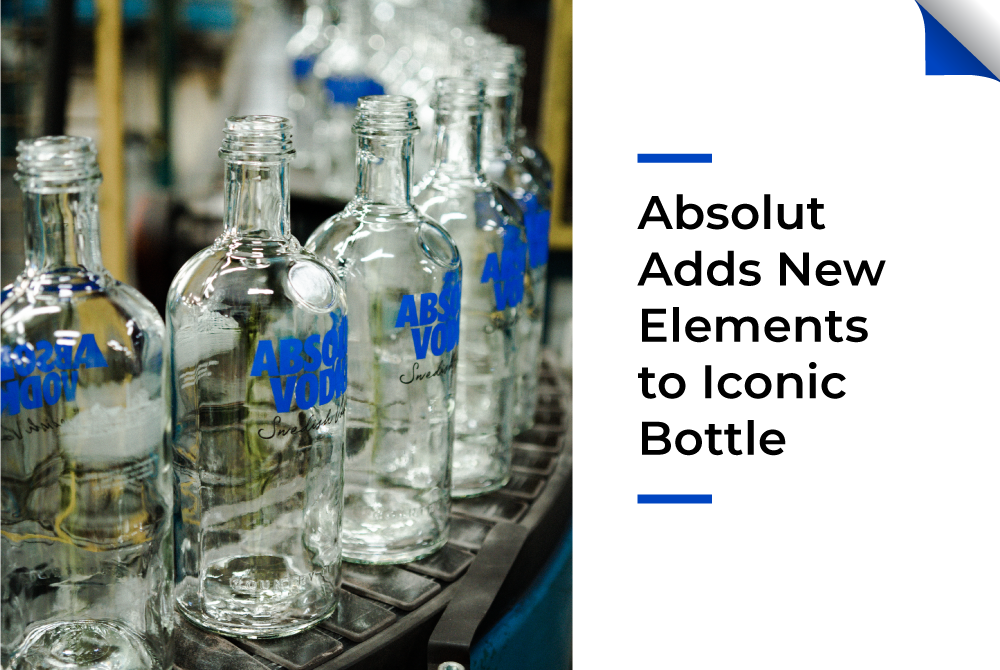 Even non-drinkers know what Absolut’s vodka bottle looks like. The packaging was the centerpiece of the brand’s advertising for years and has been featured in collaborations with artists such as Andy Warhol, Keith Haring and Jean-Michel Basquiat.

Yet, everything must evolve, and so it goes with Absolut’s bottle. In its most significant changes since 1979, the Pernod Ricard brand is adding several new elements to highlight Absolut’s Swedish heritage and authenticity.

The changes are subtle, such as adding the words, “One Source. One Community. One Small Village in the South of Sweden,” next to an illustration of the company’s original distillery. Other changes include making the script telling the brand’s story more legible and adding Absolut founder Lars Olsson Smith’s name to the medallion seal.

“The bottle updates are deliberately subtle because we didn’t want to veer too far away from the iconic bottle that people love and instantly recognize,” Elin Furelid, global head of product portfolio and design at Absolut Vodka. “However, these small changes make it stronger because they help tell our brand story.”

In addition, the redesign includes a paper label – the first in the brand’s history – featuring the address of the company’s original distillery. This is the first time a paper label has been included on Absolut’s packaging. “The paper label is a homage to the paper wrap each bottle was sold with back when Absolut first launched,” Furelid said.

The redesigned bottle will be available in the United States beginning in September and will move into other global markets as stock inventory is replaced. And, yes, the new bottle will have a place in the brand’s advertising.

“Absolut holds a unique and iconic status as a design object, and that will not change,” Furelid said. “The new bottle will be featured in all advertising moving forward, which you’ll see rolling out soon.”